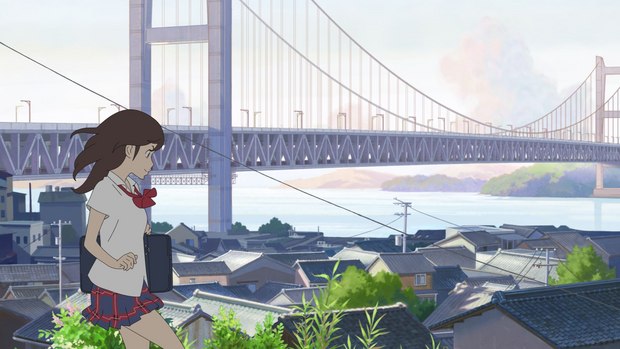 NEW YORK -- Independent animation producer and distributor GKIDS, the acclaimed producer and distributor of animation for adult and family audiences, announced that it has acquired the North American distribution rights for the animated feature Napping Princess. The film is written and helmed by Kenji Kamiyama, the director of East of Eden and Ghost in the Shell: Stand Alone Complex. GKIDS will release the film theatrically on September 8th at Village East Cinema in New York City and at Laemmle Monica Film Center in Los Angeles, with a national expansion to follow.

Napping Princess, a thrilling sci-fi fantasy set in the near future, follows the journey of a young girl, Kokone, and her friend Morio, as they set out to find Kokone’s missing father who has been accused of a crime. Kokone soon realizes she must tap into a world only accessible through her dreams in order to solve the mystery. The film, formerly known as Ancien and the Magic Tablet, was an official selection at this year’s Annecy Int’l Animation Film Festival, as well as the Fantasia Film Festival, where it won the Best Animated Feature award.

GKIDS will release the film theatrically in both its original Japanese language and a new English dubbed version.

“We fell in love with Kenji Kamiyama’s unique vision in Napping Princess,” said David Jesteadt, President of GKIDS. “His blend of near-future science-fiction, family drama, and detective story results in a high-octane, thought-provoking adventure that all ages can enjoy.”

From visionary director Kenji Kamiyama comes a sci-fi fantasy that effortlessly weaves together the rapidly evolving technology of today’s world with the fantastic imagination of the next generation. With an ambitious mix of multilayered action, whimsical characters and inventive machines, Napping Princess is a genre- and universe-blending film that shows that following your dreams is sometimes the best way to face your past.