The 9-minute 2D animated film examines bereavement and coping with the loss of a parent through the imaginative eyes of a child. 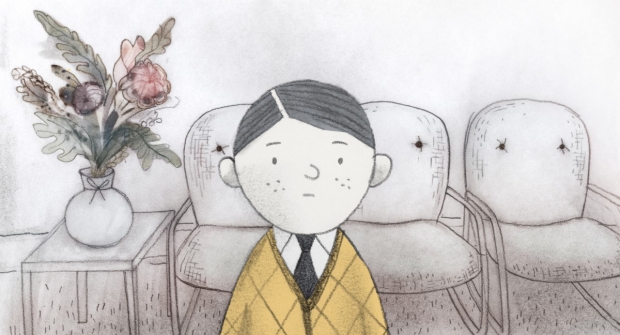 Janice Nadeau’s animated short HARVEY, co-produced by the National Film Board of Canada (NFB) and Folimage, will premiere as part of the prestigious Young Audience competition at the Clermont-Ferrand International Short Film Festival. The 2023 edition runs from January 27th to February 4th in Clermont-Ferrand, France.

The nine-minute 2D animated short film, adapted from the graphic novel of the same name written by Hervé Bouchard and illustrated by Janice Nadeau (éditions de La Pastèque), depicts a young boy who candidly recalls the spring day when his world turned upside down.  Told through the eyes of a child with an overflowing imagination, featuring music by Martin Léon, the film examines bereavement and coping with the loss of a parent.

Nadeau has illustrated numerous books and is a three-time recipient of Canada’s prestigious Governor General’s Literary Award. She also directed the animated films No Fish Where to Go (NFB, 2014, with Nicola Lemay) and Mamie (NFB/Folimage, 2016), which showed at more than 50 international festivals and won several awards.

and Pierre Méloni serve as executive producers for NFB and Folimage, respectively.  Corinne Destombes serves as Head of Development, Claude Cloutier and Marc Robinet as lead animators, and Olivier Calvert as sound designer.