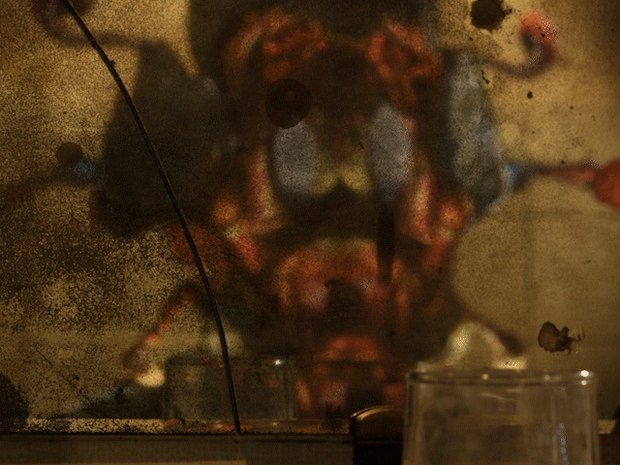 After five long years of development, and with the help of his loyal fans and industry supporters worldwide, Švankmajer and producing partner Jaromir Kallista are hoping to start filming later this summer. The campaign aims to raise upwards of $150,000 towards the budget of the completed film.

You can check out the pitch for the project in the player below:

Švankmajer is an internationally acclaimed and award-winning director, author and pioneer of stop-motion animation, whose artistry has had a lasting impact on the works of Terry Gilliam, Tim Burton, David Lynch and the Brothers Quay, among others. A prominent figure of the surrealist movement, Švankmajer is capable of creating dark yet playful worlds that dissect the very core of our society. Over the course of his long career, he has produced more than 30 short and feature-length films.

Insects will be a surreal film whose imagery echoes that of Kafka and the Čapek Brothers. In a local pub in a small town, a troupe of amateur actors rehearse a play by the Čapek Brothers, “The Insect Play.” On a raised platform across the room we see a stage, set for Act II of the play. As the rehearsal progresses, the characters of the play are born and die with no regard to time. The actors slowly become one with them and some of them experience frightening transformations.

“The Čapek brothers' play is very misanthropic,” Švankmajer stated. “I've always liked that -- bugs behave as human beings, and people behave as insects. My screenplay extends this misanthropy further while also reflecting Franz Kafka and his famous “Metamorphosis.” It gets increasingly difficult to fund independent art that scrutinizes the very core of our society. Who would deliberately support their own critics? We make a film every five or six years not because of a lack of ideas, but due to the lack of funds to back up our projects. Our hope is that crowdfunding may be the way to change this. The initial $150,000 we aim to raise on Indiegogo will enable us to start shooting with live actors; eventually, we will need to raise far more in order to complete the animations and post-production.”

Some of the amazing rewards and perks for the campaign range from scripts and DVDs signed by Švankmajer, early downloads and screenings of Insects, and signed lithographies, to one of the insect “actors” in a wooden box, a visit to the film set, producer credits, and dinner with Švankmajer himself.

You can learn more about the campaign here.