New CG-animated family film from AMBI Group and Imprint Entertainment to be directed by Cameron Hood and produced by Foxx at Toronto-based AIC Studios. 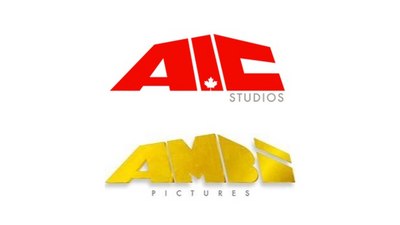 LOS ANGELES -- Academy Award and Grammy Award winner Jamie Foxx (Django Unchained, The Amazing Spider-Man 2, Ray) has signed on to voice the lead character (Biggz) in the new CGI animated family film Groove Tails and will produce the movie with Michael Becker of Imprint Entertainment and AMBI principals Andrea Iervolino and Monika Bacardi (Septembers of Shiraz, James Franco’s In Dubious Battle, The Humbling). The script was written by Johnny Mack (Real Husbands of Hollywood), who will also serve as an executive producer.

The producers have brought on award-winning writer, director and animator Cameron Hood to direct. Hood, who began his career at Warner Bros. studying under animation legend Chuck Jones, soon moved to DreamWorks Animation where he worked on numerous films such as The Prince of Egypt, Kung Fu Panda 2 and Megamind. Hood then segued to Illumination Entertainment, where he added his talents to Despicable Me 2 and the recent worldwide box office hit Minions.

Groove Tails is an AMBI Group presentation of an AMBI Pictures and Imprint Entertainment production. All animation and production for Groove Tails will be done by AMBI’s AIC Studios in Toronto. AIC Studios is the first authentic studio model to operate in Canada, fully integrating financing, production, post-production, visual effects, animation & distribution of feature films, television programs and animated series. AMBI Distribution, the worldwide sales arm of the AMBI Group, will oversee worldwide distribution for the film.

Groove Tails is set in the world of competitive street dance competitions... for mice that is. This is a place where cheese is currency and dance is king. The story follows Biggz as he tries to regain his confidence for dance, pay off his debt to a club, clean up the streets from the alley cats, and win the love of a girl. Life is not easy when you are at the bottom of the food chain.

“As one of the most multidimensional and accomplished entertainers of our generation, everything about Jamie, including his voice, is immediately recognizable to audiences worldwide,” Iervolino said. “There is no actor better suited to lead this movie than Jamie and we’re thrilled to be partnered with him and Michael Becker on this project. We are all vested in bringing something very special to the big screen together.”

“Jamie’s unparalleled talents are at the forefront of this heartwarming, family-friendly comedy,” added Bacardi. “His animated nature lends itself perfectly to Biggz’s character and his acumen as a producer is as finely tuned as any in the business. We’re excited to move forward with this fun tale.”