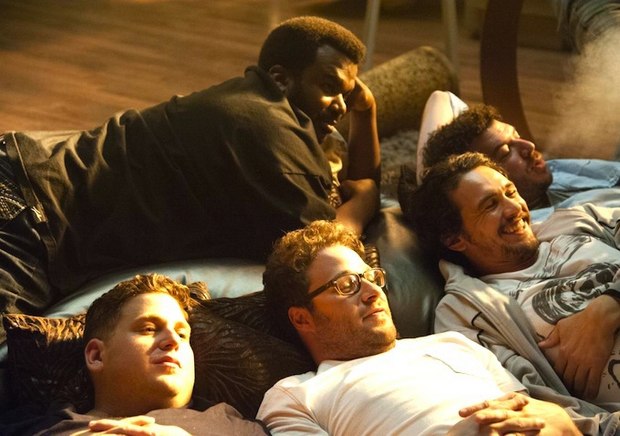 Sausage Party, the upcoming adult animated comedy from writers Seth Rogen and Evan Goldberg, is looking to become quite a feast. Don’t forget the mustard, kids.

The voice cast for the film will reunite This Is the End stars James Franco, Jonah Hill, Michael Cera, David Krumholtz and Rogen himself, as well as add Kristen Wiig, Edward Norton and Nick Kroll to the mix, according to a report by The Wrap.

Conrad Vernon (Madagascar 3, Monsters vs. Aliens) and Greg Tiernan (the Thomas the Tank Engine series), will direct the film for Sony Pictures and Annapurna Pictures. Rogen and Evan Goldberg wrote the script with Kyle Hunter and Ariel Shaffir.

Annapurna’s Megan Ellison will produce with Rogen and Goldberg’s Point Grey Pictures, as well as Vernon. Point Grey’s James Weaver will executive produce with Hill, Hunter and Shaffir. Vancouver-based Nitrogen Studios Canada will handle all CG animation, design, production and post-production on the film, which Sony will release in 2015.

Sausage Party follows one heroic piece of meat’s quest to discover the truth about his existence. After falling out of a shopping cart, the sausage protagonist teams up with some new friends to embark on a perilous journey through the supermarket and return to their aisles before the Fourth of July sale.