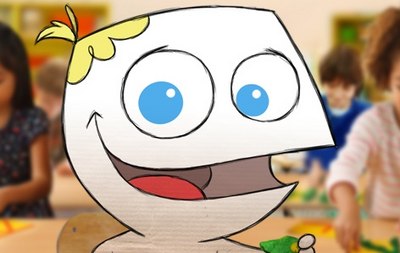 The series was jointly commissioned by Kay Benbow, controller of CBeebies and Cheryl Taylor, controller of CBBC. Little Roy will air on both channels. Sue Nott and Michael Towner from the BBC will executive produce, along with Alan Shannon and John Rice from JAM Media. The series is produced by Mark Cumberton.

Building on the success of the BAFTA award-winning pre-school series Roy, which currently airs on CBBC, Little Roy is a live action/animation hybrid starring Roy O’Brien, an animated 5-year-old boy on a journey of self-discovery through imaginative play.  Little Roy embraces all the winning elements of the existing 11-year-old Roy brand. Little Roy features laugh out loud comedy, physical hijinks and emotional learning with a touch of madcap humor and craziness. Little Roy is Roy with the brakes off.

In a separate deal, CBBC has also commissioned a spin-off series The Roy Files also featuring the star of JAM’s hit series Roy, a live action/animation mockumentary. The Roy Files is currently in production and was also commissioned by Taylor of CBBC.  Sue Nott at the BBC, Shannon and Rice at JAM Media will executive produce. Cumberton is also producing while Shannon is directing.

The series will give fans a new and exclusive insight into the life of Roy O'Brien -- Ireland's only cartoon boy living in the real world. Roy turns his history homework from Mr. Hammond into a scrapbook about himself. It features exclusive new material combined with highlights from all four series of the main show. The pace and humor will mirror that of Roy and each episode will feature core themes that the audience can relate to.  At the end of every chapter of the scrapbook, Roy offers his conclusion as to the events he's just relived. Though being an 11-year-old cartoon boy, Roy is slightly prone to getting the wrong end of the stick!

JAM Media has worldwide rights to both series.

“Roy has been a huge success with the CBBC audience, so it’s fantastic to be able to collaborate further with JAM Media and CBeebies to open him to the wider children’s audience through Little Roy and The Roy Files,” Taylor says. “We’re sure our viewers will enjoy following him through his heart-warming and hilarious animated journeys of self-discovery in both series.”

“We are thrilled once again to be working not only with CBBC but also CBeebies to build the franchise together and take the show to a new audience,“ adds JAM Media CEO John Rice. “Little Roy promises to be an ideal cross over show for CBBC and CBeebies. Wonderful also to be making The Roy Files for CBBC which has Roy reflecting on past adventures.”