Jackie Chan Returns to ‘Toons with ‘Adventures of La & Zy’

Written by Randy Rogel of ‘Animaniacs’ and ‘Pinky and the Brain’ fame, CG animated series produced by Dasym Media will be the martial arts icon’s first return to the small screen since ‘Jackie Chan Adventures.’ 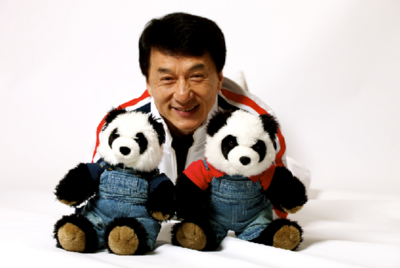 Produced by Dasym Media, the CGI-animated series will follow Jackie Chan as a teenager, offering audiences a unique glimpse into Jackie’s early training in martial arts and his eventual journey to stardom. The one -- make that two -- things that stand in the way of Jackie realizing his dream? His toy Panda bears “La” and “Zy”, who come alive in Jackie’s presence and, despite their small stature, create big problems for the aspiring martial artist. The series will entertain kids of all ages who already know and love Jackie Chan, and inspire them through universal themes like perseverance, conservation, and the value of true friendship.

The Adventures of La & Zy will be Jackie’s Chan first return to the small screen since the worldwide success of Jackie Chan Adventures, which ran from 2000 to 2005. “Audiences will get a glimpse into my life story as never before,” promises the superstar. “Growing up, I never wanted to be the next Bruce Lee. I just wanted to be the first Jackie Chan. I hope kids who watch the show will be inspired to dream big, and stay true to themselves.”

The Adventures of La & Zy is written by Randy Rogel (The 7D, Animaniacs, Pinky and the Brain). The series’ premise, explains Alvin and the Chipmunks and Stuart Little executive producer Steve Waterman, is not so far-fetched. The series creators were initially inspired when they noticed the real-life Jackie toting two panda dolls (whom he had affectionately named “La” and “Zy”) around to press events and even to the set of his latest blockbuster film. The action hero is the official “Panda Ambassador” to the world-famous Chengdu Panda Preserve & Research Center, as well as a WildAid Ambassador and Spokesperson.

In addition to the property’s roots in real life, the uniqueness of The Adventures of La & Zy is also attributable to its companion line of exclusive toys that will be launched concurrently with the TV series. Conceived by former Mattel and Hasbro executive Bruce Stein, the toy line will utilize technologies and designs that emphasize the warmth and emotive qualities of Panda bears.

Jackie Chan Presents: The Adventures of La & Zy is being developed as a 104 X 11-minute format aimed at kids ages 6 to 12.