In the new 12-episode season debuting today on Netflix, our intrepid Kung Fu master and Wandering Blade, alongside their motley crew of warriors, journey outside China for the first time in pursuit of villainous weasels Klaus and Veruca to unravel important secrets of the powerful Tianshiang weapons... and more! 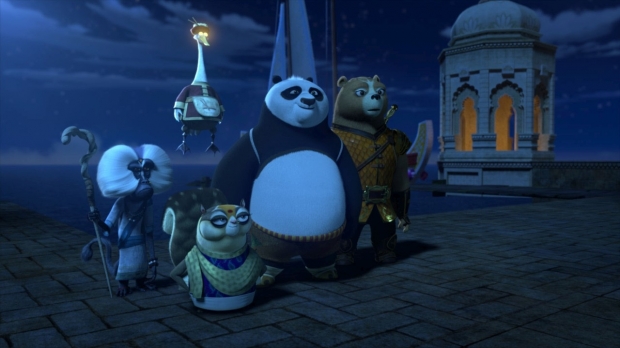 Jack Black and his magical “Po” are back, alongside Rita Ora, who returns as “Wandering Blade,” in an all-new 12-episode season of DreamWorks Animation’s Kung Fu Panda: The Dragon Knight, now streaming on Netflix. Guest stars for the new season include Harvey Gullien as a frog named “Pelpel;” Richard Ayoade as a mole rat named “Kyle;” Shohreh Aghdashloo as pirate queen “Forouzan;” and Melissa Villasignor as an excitable scientist “Akna.”

In the series, as he pursues the villainous weasels, Klaus and Veruca, and the powerful Tianshiang weapons, Po ventures outside of China for the first time with his motley crew of warriors, including the fierce Wandering Blade, the slippery Rukhmini, and loyal Mr. Ping. From a museum heist in India to a volcanic eruption in Central America, the heroes face danger at every turn on their journey to unravel the secrets surrounding Blade’s brother and his connection to some magical weapons.

In case you missed it – watch the trailer, then head over to Netflix to see the latest adventures of Po and his motley crew: