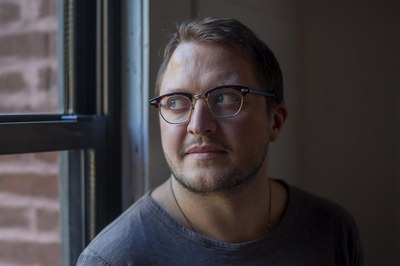 Design agency HUSH announced the addition of Lead Creative Technologist, Ivan Safrin. The definition of a digital native, Safrin possesses a unique combination of experience and deep love of the worlds of art and technology that will further strengthen HUSH’s ability to elevate brands with the power of design.

A prolific developer of transformative apps, games, platforms, and interactive experiences, Safrin’s work is driven by technology’s connection to people. He began his career at digital platform Heavy.com before becoming Senior Developer at R/GA on the Nike account. There, he designed and developed the NIKEiD digital platform, dynamic product visualizations used across Nike websites, large in-store displays and touch screens, and mobile applications. Later, Safrin led a team of developers at Local Projects, creating front-end software for the 9/11 Museum, a custom CAD visualization tool for mapping the 9/11 Memorial Plaza, and a variety of Kinect-based OpenGL interactive experiences. This work has earned awards from the One Show, Adweek, the AIGA and recognition from PSFK, Fast Company, Creativity, and Creative Review, among others.

A tireless creative, Safrin has also collaborated with notable photographer and commercial director Tim Saccenti designing real-time visual projections for music video sets (Depeche Mode, “Heaven” 2013). As a member of art collective and gallery Babycastles, he developed several installation-based games, including one which leveraged the stunning dome of New York’s Hayden Planetarium. He is the technology lead of “The Satellite Project” – a platform that utilizes satellite imagery to allow users to see the Earth as if from the International Space Station (thesatellite.org) and the designer and lead developer of Polycode, an open-source framework for creative code (polycode.org). When not crafting digital experiences, Safrin also teaches Game Programming at NYU Polytechnic School of Engineering.

“Ivan has been a long-time collaborator of ours so it’s amazing to finally have him on board as part of the creative team,” says HUSH Creative Director, Jodi Terwilliger. “We’ve always infused our design practice with technological innovation, but Ivan has an incredibly unique ability to leverage technology in the service of creativity, artistry and brand messaging that we simply couldn’t live without.”