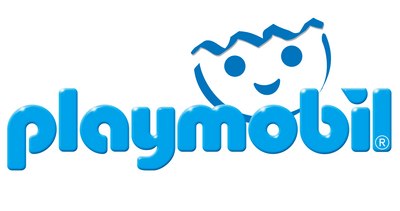 Playmobil celebrates its 40th anniversary in 2014 and the launch of the new TV series Super 4. It is an enduring favorite with strong brand awareness. ITVS GE’s licensing strategy is therefore aimed at two clearly defined target markets. Playmobil has a strong retro appeal to adult fans and collectors. Here, licensing will focus on specially designed gifts and accessories. The strategy for the kids’ market will reflect the quality, durability and fun of the classic ranges and target high-end children’s product in categories such as apparel and publishing. Retail outlets for both strands will target department stores, specialty and mid to high retail distribution, joining existing licensees Redan and Hallmark.

Trudi Hayward, SVP, Head of Global Merchandising, ITVS GE, says: “This partnership marries three respected brand names from the worlds of children’s toys, digital gaming and entertainment. The strong appeal of Playmobil is driven by enduring brand values and in the expert hands of morgen studios and Method Animation, Super 4 is sure to build on and complement that legacy. Playmobil is a significant addition to our portfolio of third party M&L representations and we look forward to working with Playmobil and morgen studios here in the UK.”

Axel von Maydell, President of morgen studios, says, “We are looking forward enormously to bringing this worldwide, multi-generational cultural phenomenon into a creative and fun storytelling experience for children. With the expertise of Method Animation, we are sure this action-adventure series will both be loved by Playmobil fans and also bring Playmobil to an even wider audience.”

Since its launch in 1974 Playmobil has become a worldwide classic children’s favourite, with many different play worlds, from knight’s castles to sunny holiday hotels, and is today distributed in more than 80 countries. Over 2.7 billion Playmobil figures have been produced, delighting children all over the world. They love Playmobil for its creativity, fun, adventure and role play. Parents and educators love the award-winning toy system for the high-value, quality, imaginative play it encourages.

The new TV series, Super 4, extends the reach of the Playmobil brand for the first time ever. It’s an exciting action-adventure series of 52 x 11min CGI episodes and is co-produced by Method Animation and morgen studios, a specialist in the development of digital content for families and children. Aimed at girls and boys aged 5 to 9, its cast, Alex the Knight, Ruby the Pirate, Agent Gene, Twinkle the Fairy and their friends and foes, as well as the five wonderful worlds which form the backdrops to the action, are inspired by the Playmobil universe. This entertaining brand extension captures the Playmobil brand values perfectly. Super 4 is a new and fun extension to the Playmobil brand whilst retaining the spirit of the classic brand.