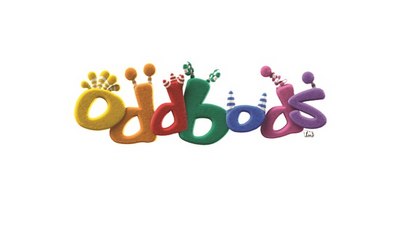 LONDON -- ITV Studios Global Entertainment (ITVS GE) has acquired the UK licensing rights for OddBods, the globally successful animated kids’ comedy series from One Animation. ITVS GE will be seeking licensing partners to launch a range of Oddbods spin-off merchandise to target the kids and early teens markets from Q3 2016. The series will air on leading kids’ channel, CITV. Five minute shorts will be shown throughout CITV’s autumn 2015 schedule and longer form episodes are scheduled for spring ’16.

Created and produced by CG animation studio One Animation, OddBods follows the everyday adventures of seven characters each with distinctive colors, characteristics and personalities. With its non-dialogue, slapstick comedy the series is appealing directly to its target family audience.

“We’re delighted to be working with the world-class talent at One Animation and welcoming the wonderful OddBods to our portfolio,” comments Trudi Hayward, SVP Head of Global Merchandise at ITVS GE. “The series promotes wholesome universal values including sincerity, honesty, friendship and humour while its multi-platform presence gives fans the increasingly important ability to engage with the show across a variety of media-touch points.”

Since OddBods began its international roll-out in October 2013 it has secured a raft of top-class broadcast and mobile partners globally including Disney XD and Turner Broadcasting. As a result of its success, in January 2015 mobile sketches were launched on the official OddBods YouTube channel worldwide. It has since notched up over 23 million views.

Building on the accelerating popularity of the series, ITVS GE is now creating a dedicated UK consumer products program for the property and is seeking licensing partners in key categories including plush, toys, apparel and accessories, homewares, gifting and stationery.

“Licensing is a key strategic move for our business,” explains Sashim Parmanand, CEO of One Animation.  “The last twelve months has been phenomenal for Oddbods.  It’s gone from a small production to something huge and exciting in a very short space of time - driven by its massive popularity amongst viewers.  Expanding what we can offer under the Oddbods brand is the natural next step.  There’s such a wonderful scope of possibilities and potential for merchandising using the characters and storylines. We have to transport them off the screen and bring them to life in other ways for the fans.”