ITV Partners with Miniclip for ‘Thunderbirds Are Go’ Mobile Game 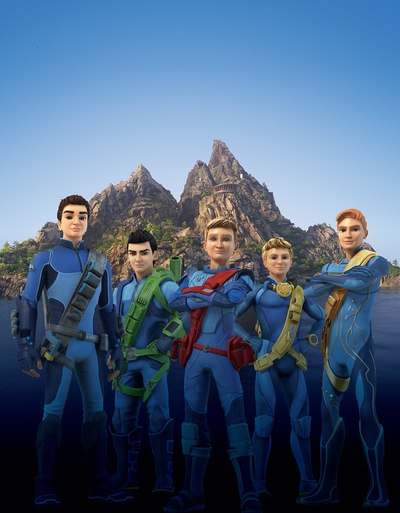 LONDON --- As ITV Studios Global Entertainment (ITVS GE) continues to strengthen the international footprint of its boys’ action adventure series, Thunderbirds Are Go, it announced details of a global partnership for the brand with leading online gaming company, Miniclip. The co-production between ITV Studios and Miniclip, a developer, publisher and distributor of high quality games with an audience of 200 million monthly active users, will see the launch of an engaging Thunderbirds Are Go mobile game for iOS and Android platforms in early 2016, to support the show’s broadcast. The free-to-play game will feature explosive action, adventure and stunning visuals from the successful new TV series.

"We’re delighted to be partnering with Miniclip for a Thunderbirds Are Go mobile game. As the biggest and best kids’ games company in the world, Miniclip is the ideal partner to develop and distribute a top-quality game for the brand,” Steve Green, EVP Kids’ Content and Distribution at ITVS GE comments. “Establishing a brand in the digital and online arena has become a vital part of franchise development and now, as we continue to roll-out the series around the world, we’re confident fans will enjoy immersing themselves in the world of the Tracy Brothers, as International Rescue saves the world one more time!"

Saad Choudri, Miniclip’s Chief Commercial Officer, adds, “We’re excited to be working with ITV Studios and welcoming a Thunderbirds Are Go mobile game to our portfolio. With its fantastic blend of action, adventure and teamwork, the show translates perfectly into the world of gaming. We’re focusing on developing a high-quality and engaging game that will bring these key themes to life on mobile devices and entice the show’s growing fan-base across the globe.”

Thunderbirds Are Go is gaining strength around the world and is successfully enticing a new generation of fans to the Thunderbirds franchise. Following the broadcast debut of the series in April, ITVS GE continues to accelerate the international foothold of the property.  Current key markets for the brand include the UK and Eire, Australia, New Zealand and Japan. ITVS GE is currently gearing up to the show’s debut in the Middle East, Israel, Europe and The Americas during 2015 and 2016. New episodes will launch this autumn on CITV and ITV.