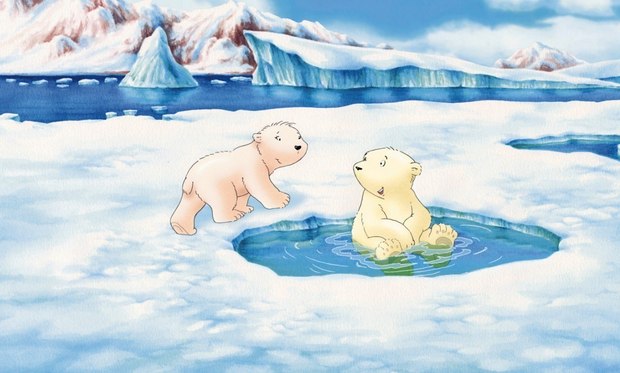 STUTTGART, GERMANY -- Organizers of the 24th International Festival of Animated Film Stuttgart have announced the theme and a slew of program highlights for the 2017 edition, running May 2-7 in Stuttgart, Germany.

Themed “Animation without Borders,” the 24th ITFS with its international, cross-format program for all ages underscores that there is no limit to the content of animated film. “We open ourselves and the genre up for creative, productive and economic synergies, by strengthening the links with games, transmedia, virtual reality and music”, says Prof. Ulrich Wegenast, Managing Director Programme of ITFS.

In addition to connecting cultures from all over the world, the ITFS also creates innovates approaches to re-discover the animated film genre. “Based on the close cooperation between ITFS, Animation Production Day and our partner events FMX – International Conference on Animation, Effects, VR, Games and Transmedia as well as – new this year – with spotlight – Festival für Bewegtbildkommunikation, we create a platform which is globally unique,” says Dittmar Lumpp, the ITFS’s Director of Organisation and Finances. “With our partnerships and by continuous development, we transform Stuttgart into the worldwide center for animation, visual effects and moving image communication at the beginning of May.” Once again, more than 80,000 visitors are expected to attend the over 200 events and 1,000 films this year.

This year, a special focus will be on the games section – which has seen further development – at its intersection with animation, with the Stuttgart Kunstgebäude as its unique venue, covering an area of almost 2,000 sqm. The GameZone, curated by Prof. Sabiha Ghellal (Stuttgart Media University) and Prof. Dr. Stephan Schwingeler (mAHS), with this year’s main topic “Playful Art / Meaningful Games” presents current gaming culture tendencies and trendsetting university projects at the interface between game aesthetics and social relevance. The GameZone reveals the links between games and animation, with the latest developments in the fields of virtual and augmented reality, and invites visitors to join in and play games there and then.

New in 2017 is the “Animated Games Award Germany.” The award has a national focus, comes with prize money of 5,000 € and is sponsored by MFG Medien-und Filmgesellschaft Baden-Württemberg. The prize is awarded to the German computer game with the best visual design and aesthetics at the intersection with animated film. The ceremony for the Animated Games Award Germany takes place on May 3rd at 5 p.m.

Wall of Animation 2 – The new, digital look of the facade (Opening on April 25th, Breuninger, Am Marktplatz 1-3, Stuttgart)

This year, the facade of the Breuninger flagship store directly on Stuttgart Marktplatz will again become an eye-catcher marked by the ITFS. But there is one significant innovation: in 2017, looking at the storefront through a smartphone or tablet will change the view, by means of augmented reality. The facade, covered with a print of the ITFS’s visual festival theme – a giant pirate ship and the characters from the festival trailer “Pirate Smooch” – comes alive with the help of an app. The pirate world can be experienced just by aiming at it, and those who look closely can find Trixi, the festival mascot. This is linked to a prize draw: those who are successful in capturing Trixi can win Breuninger vouchers which can be redeemed directly inside the store. The project is a cooperation between ITFS, Breuninger, and the studios LAVALabs (Düsseldorf/Stuttgart) and Lightshape (Stuttgart) which will also participate in the the ITFS with a studio presentation to introduce themselves and their project.

Even more viewing pleasure to be had at the Open Air (May 2nd to 7th, 2 to 10 p.m., Festival Garden, Schlossplatz)

Even bigger and better this year: the LED screen on Stuttgart Schlossplatz has new technology and is 25% larger this year. Every evening there is a screening of a current animated feature film, such as the recent Oscar winner Zootopia or the highly popular film Finding Dory. Further films scheduled for screening are Kung Fu Panda 3, Ice Age: Collision Course, Storks, the Japanese feature film When Marnie Was There as well as the German productions Die Häschenschule – Jagd nach dem goldenen Ei, Ritter Rost 2 – das Schrottkomplott, Mullewapp – eine schöne Schweinerei and a tribute to the animation filmmaker Thilo Graf Rothkirch: The Little Polar Bear. Film programs for the whole family are shown in the afternoons.

This year, the ITFS again awards the Trickstar to the best original voice or dubbing artist in a feature-length animated film. The nominees for 2017 are: Alexandra Maria Lara for the role of “Roswitha” in Sing, Austrian actor Friedrich von Thun for the role of rabbit-teacher “Eitelfritz” in Die Häschenschule – Jagd nach dem goldenen Ei, and Anja Kling for the role of “Mathilda” in Angry Birds – der Film. The “Animation Comedy” award ceremony takes place at the Renitenztheater, Stuttgart’s oldest cabaret theatre, and is complemented by a top-class entertainment program. Visitors can look forward to an enjoyable evening with many stars, lots of animation and plenty of humor. The show is hosted by cabaret artist Bernd Kohlhepp. With him on stage is Dodokay, performing a live dubbing of the Italian cult figure “Signor Rossi” in Swabian dialect and in the presence of Rossi’s creator Bruno Bozzetto. Tickets are available from the Renitenztheater.

Trickstar Business is the name of the new and first animation award worldwide with a distinctly economical focus. The award comes with 7,500 € prize money and will be presented by the International Festival of Animated Film Stuttgart for the first time on the occasion of Animation Production Day 2017. It honors national or international innovative and ground-breaking business models for projects or companies of the animation industry and is sponsored by the Stuttgart Region. The prize is awarded at a gala event held together with the German Animation Screenplay Award (sponsored by Telepool GmbH) and the Tricks for Kids Series Award (sponsored by REED MIDEM/MIP junior) on May 5th in the L-Bank Rotunda, offering unique opportunities for networking between producers and screenwriters. This year’s nominees for the German Animation Screenplay Award are The Journey of the Elephant Soliman by Juliette Alfonsi and co-author Matthias Drescher (Ludwigsburg) and Die Heinzels – Rückkehr der Heinzelmännchen by Jan Strathmann (Berlin). German actress and voice artist Katharina Spiering will read excerpts from the award-winning screenplay.

The ITFS 2017 organizes numerous music events in cooperation with renowned institutions such as the Forum der Kulturen, jazzopen stuttgart with the “Animated Music Videos” program, or the Café le Théâtre with jam sessions every evening.

Opera for everyone and free of charge, right on Schlossplatz and with an exceptional atmosphere: the successful cooperation with the Stuttgart Opera continues this year. With a special matinée on the festival Sunday (May 7th, at 11 a.m.), featuring a screening of a recording of Vincenzo Bellini’s opera “The Sleepwalker” (La Sonnambula) directed by Jossi Wieler on the giant LED wall, and a live performance by members of the Stuttgart Opera including singer Adam Palka, the Schlossplatz will become an open-air venue offering the audience very special viewing and listening pleasure. The animated film Tod der Fruchtfliege will demonstrate just how good a match opera and animation are; the film made by students of Filmakademie Baden-Württemberg together with Daniel Kluge, a young tenor and member of the soloist ensemble, will also be shown as part of the matinée program.

Theatre, animation and live music: with “Cat and Mouse,” Paul Barritt of the 1927 Theatre Company tackles that adventure, in cooperation with Village Underground. The audience can look forward to a crazy animation experience. This exclusive preview event takes place on Saturday, May 6th (8 p.m.) at Musikhalle Ludwigsburg, with the official world premiere in London at the beginning of June. Paul Barritt, who is known for his animated stage design for the “Magic Flute” at the Komische Oper Berlin as well as his productions for the Sydney Opera and the Salzburg Festival, will also give a workshop on Opera and Animation in cooperation with the Stuttgart Opera.

On Saturday, May 6th (7:45 pm) musicians of the Ziryab-Akademie für Weltmusik initiated by the Forum der Kulturen Stuttgart perform together with Syrian-Armenian performance artist and animator Kevork Mourad. In his live performances he makes drawings which are projected onto a screen and turn into animation.