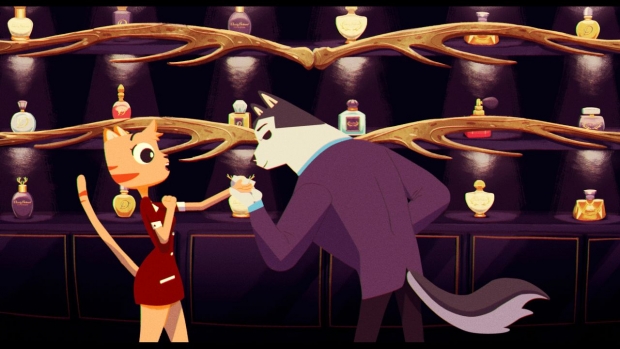 This year at ITFS 2021 the AniMovie competition will show a diverse selection of animated feature films for all audiences, including many German films as well as an international premiere. The event will feature talks about the making of films, including director Tomm Moore discussing his Oscar-nominated Wolfwalkers, and noted ‘The Simpsons’ director David Silverman discussing his upcoming animated feature, Extinct. Both the festival’s opening and award ceremonies will be captured and streamed for viewing. An overview of the ITFS program, with direct links to the individual events, is provided in the online calendar.

The AniMovie feature-length films can be viewed via OnlineFestival+; the program is available here.

More workshops and presentations in OnlineFestival Pro can be seen here. Opening Gala will be hosted by TV presenters Markus Brock and Franziska Glaser will guide you through the evening and present the highlights of the 2021 Festival pro- gramme. The makers of the competition films, which will be shown during the opening, will be connected live. Guests will be digitally connected or live in the studio and include Winfried Kretschmann, Prime Minister of the Federal State of Baden-Württemberg, and Frank Nopper, the new Lord Mayor of the city of Stuttgart.

At this year’s Tricks for Kids awards ceremony the children’s jury will present their winners of the day and the winning film from the Tricks for Kids short film competition. The magical host Alexander Merk accompanies the children’s’ jury and the audience with his magic tricks through the colorful animated film show.

Winners of the German Animation Screenplay Award, the Animated Games Award Germany and the Trickstar Business Award will be honored in the joint Trickstar Professional Awards Ceremony. Host of the gala presented in English language is Anja Lange.

Free ITFS live stream - The award ceremony of the music competition New World Classic Animation Award, which is aimed at animation students and graduates at international institutions of higher education for film, art and the media and honors the best use / the best implementation of music in an animated short film.

For additional program information and to purchase tickets, click here.