Upcoming hybrid event runs in person and online May 3-8; event will feature ‘In Persona’ series featuring a line-up of internationally renowned animators, The Gamezone with nominated games and interactive projects, a special program dedicated to the events theme ‘Black is Back!’ and more. 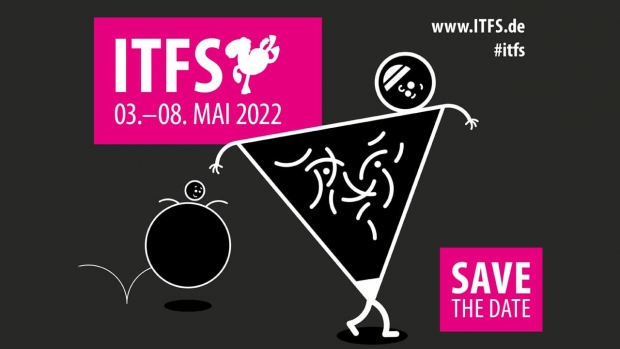 Stuttgart International Festival of Animated Film (ITFS) returns this year as a hybrid event running May 3-8. This year’s motto, “Black is Back” will be reflected in film programming and events with a focus on the fundamentals of animation – reduction, simplification, and clarity, as well as exaggeration and over-drawing. The event will take place at various venues in Stuttgart with an online program presented at onlinefestival.itfs.de and in the virtual world of the ITFS VR Hub.

All competition programs can be viewed on-site at Innenstadtkinos and in the ONLINE+ media centre. In the animation competition Crazy Horse Session – 48 H Animation Jam, international teams will face the challenge of creating an animated film involving Festival mascot Trixi in 48 hours.

In the supporting program, ITFS 2022 will focus on Austria, along with other highlights. Animation production in the Alpine republic is known for experimentation, innovation, and dark humor. Selected artists, studios and institutes of higher education will present their work. Austrian partner festivals are Tricky Women / Tricky Realities and Ars Electronica. In the themed series Wonderwomen – Women in Games & Animation, curated by Waltraud Grausgruber, ITFS continues the themed program started in 1996 and curated by Jayne Pilling, highlighting the changes in opportunities for women in animation.

In the “In Persona” series, internationally renowned animators share personal insights into their work and their working methods. Scheduled guests for the series include:

Other guests confirmed for ITFS 2022 so far include:

Other event highlights include:

Special program dedicated to the motto "Black is Back!"