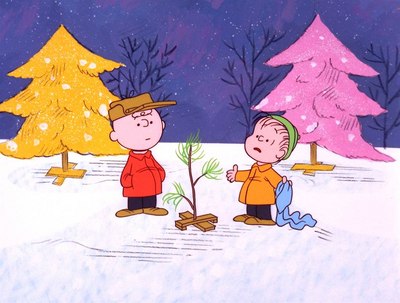 In celebration of the 50th anniversary of the beloved Peanuts animated tale, A Charlie Brown Christmas, Kristen Bell will host a special holiday retrospective, “It’s Your 50th Christmas, Charlie Brown,” Monday, November 30 (9:00-10:00 p.m., ET) on the ABC Television Network. The anniversary special will celebrate 50 years of the iconic classic that has brought joy and a television watching tradition at the holidays for generations of fans. With an unforgettable night featuring spectacular live performances of Vince Guaraldi’s classics from acclaimed musical guests, the special will also feature Hollywood notables reminiscing about their most treasured A Charlie Brown Christmas moments.

In the digitally-remastered 1965 special, A Charlie Brown Christmas, Charlie Brown complains about the overwhelming materialism that he sees everywhere during the Christmas season. Lucy suggests that he become director of the school Christmas pageant, and Charlie Brown accepts, but it proves to be a frustrating struggle. When an attempt to restore the proper spirit with a forlorn little fir Christmas tree fails, Charlie Brown needs Linus’ help to learn what the real meaning of Christmas is.

The cast of A Charlie Brown Christmas includes Peter Robbins as Charlie Brown, Christopher Shea as Linus, Tracy Stratford as Lucy, Chris Doran as Schroeder, and Sally Dryer as Violet.

A Charlie Brown Christmas was executive-produced by Lee Mendelson and created and written by Charles M. Schulz. Bill Melendez is the producer and director, and Vince Guaraldi is the music composer.

On October 2, 1950 the “Peanuts” comic strip launched in seven American newspapers. Who would have guessed the impact the brand would have around the world for decades to come. Now celebrating its 65th anniversary, Peanuts reaches fans through thousands of consumer products around the world, over 50 television specials, on all social media channels, and a daily comic strip available in all formats from traditional to digital. A highly anticipated Peanuts movie from 20th Century Fox and Blue Sky Studios is also on the horizon for this fall.

The Peanuts characters and related intellectual property are owned by Peanuts Worldwide LLC, a joint venture owned 80% by Iconix Brand Group, Inc. and 20% by members of the Charles M. Schulz family.