‘It’s Not Rocket Science’ Launches with The Foundry Software 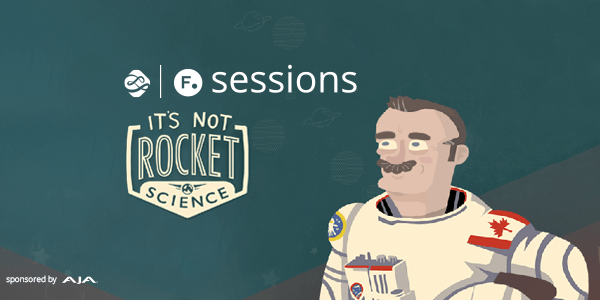 LONDON -- The new comedy science animation show, It’s Not Rocket Science, is a 10-episode series that has been developed using solutions and tools from leading creative software developer The Foundry. Created by retired Canadian astronaut and commander of the International Space Station Chris Hadfield, together with his son Evan, the series seeks to address current issues and misunderstood science topics, from vaccinations to climate change.

An animated Commander Hadfield and his space pug Albert will use humorous narrative and anecdotes to educate viewers of all ages. The series was animated by D.C. Turner and Tracy King, the team behind the viral sensation Tim Minchin’s Storm, using a number of solutions from The Foundry.

As part of the launch campaign, Turner, King, and Chris Hadfield, as well as David Atkinson, head of design for commercial products from The Foundry will participate in a live session on Wednesday, January 20 at 7:00 p.m. (GMT) at the software developer’s head office in London. The session will be streamed to viewers worldwide and the panel will answer questions about the show, the use of The Foundry’s software in its development and how the show was created. The trailer for the show will also be launched, as well as other exclusive clips from the first episode.

“Chris Hadfield is a straight-talking science icon who is using this opportunity to further the education work he began while on the International Space Station, and The Foundry is delighted to play a role in that,” says David Atkinson, head of design for commercial products at The Foundry. “This live session will delve into thoughts and processes behind the development of the show and reinforce the depth and breadth of what is possible using the right software and tools.”

For further details and registration for the session please follow this link.