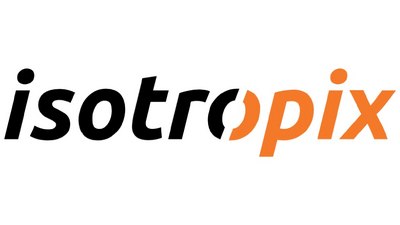 MONTPELLIER, FRANCE – Isotropix announced the release of Clarisse iFX 3.0, the brand new major version of its 2D/3D rendering tool. For this new version, the software company focused its efforts towards developing new features to expand its core visual effects (VFX) powerhouses market and target solo artists, medium and small sized studios. Anticipating the need of this wider market, the company also announced, together with this new release, the introduction of a new rental license model and a simplification of its license offers.

Released late 2012, Clarisse, Isotropix’ flagship software, was originally marketed as a high-end lighting, look development and rendering tool initially targeted to VFX powerhouses working on complex shots and environments. Since its release, the software has been getting more traction within the Industry and has been adopted by leading studios such as Double Negative, Industrial Light and Magic and Weta Digital.

“We’re all passionate about VFX at Isotropix. So naturally we are super excited by the fact that more and more studios are using Clarisse for their VFX works,” commented Sam Assadian, CEO and Isotropix co-founder.

The use of the software has increased significantly over the past year. Clarisse has been rendering images of feature films such as Insurgent, Avengers: Age of Ultron, Ant-man, Mission Impossible 5, Spectre, Bridge of Spies, The Hunger Games: Mockingjay, Part 2, and Star Wars: The Force Awakens.

“Back in early 2015, no one here at Isotropix could imagine that Clarisse would have been used in most major blockbusters released last year! We are all extremely proud!” added Assadian.

In the past Clarisse integration in production pipelines required some custom developments which was not always easily feasible for smaller sized facilities. Last year, the company the decision to expand its market towards smaller facilities and solo artists, forecasting growing needs in these market.

“Since its initial announcement, the paradigm shift brought by Clarisse doesn’t go unnoticed. There’s clearly a growing momentum coming from the whole market that explains why we had to double the company size over the past 18 months,” said Assadian.

“Over the past year, we’ve been working closely with our customers to make the vanilla version of Clarisse more accessible. Thanks to a tight collaboration with our customers, we could have a leverage effect from some of their proprietary technologies and deliver tons of exciting improvements in many areas. For example, the all new PBR rendering engine shipped with 3.0 is directly based on the work of Dneg rendering R&D team,” said Sébastien Guichou, CTO and co-founder of the company.

This release delivers new and innovative features as well as enhancements throughout the entire application. Every new feature and update has been designed to bring a better user experience, enhanced workflow and productivity, improved scalability and optimized performances.

“For the past year we’ve been working very hard on making Clarisse within reach of every artist,” explained Assadian. “I think we can be very proud of what we’ve managed to deliver in 3.0. Clarisse is much more powerful, more accessible and it has never been so easy to join the Clarisse revolution.”

The company focused on delivering some of the best technologies available today, directly out-of-the-box. With Clarisse 3.0 Isotropix brings its software to the next level and provides the Industry with a completely plug and play solution.

Yann Couderc, Technical Artist and Clarisse Specialist, commented, “We paid a lot of attention to our user feedback by delivering concrete solutions to the entire community. For example, with our new PBR Engine, it is easier than ever for every artist to create photorealistic images. Artists can now easily simulate complex real world materials, thanks to the new layered material system.”

Along with Clarisse 3.0, Isotropix also introduces a new simplified licensing model designed to promote the adoption of its software within the entire community. Clarisse is now more accessible and more affordable for both artists and small studios using it for the first time, and for large studios that need to meet their production requirements while scaling up for new projects.

“After a successful year, we wanted to find new ways to make Clarisse more accessible on the market,” said Houman Assadian, Sales Director at Isotropix. “With Clarisse extensive adoption throughout the Industry, it felt like the right time for us to introduce a new simplified licensing model more adapted and well-fitted to artists and smaller facility’s needs. In addition, we’ve designed a smart and flexible rental program that could fit the needs of smaller facilities and facilitate scalable production requirements of large VFX powerhouses.”

Isotropix provides an up to date Personal Learning Edition (PLE) version of its software. The PLE gives artists or hobbyists the opportunity to learn and explore, for free, all aspects of Clarisse iFX 3.0 without any limitation of time. More information is available here.

Clarisse 3.0 is i available to purchase starting from $999, through Isotropix website and its authorized resellers. Existing customers, with an active maintenance, are eligible for free 3.0 upgrade.