Animated feature, based on the director’s award-winning short, will blend 2D and 3D cinema, animation, and video game development techniques; production begins Spring 2021 with the premiere planned for 2023. 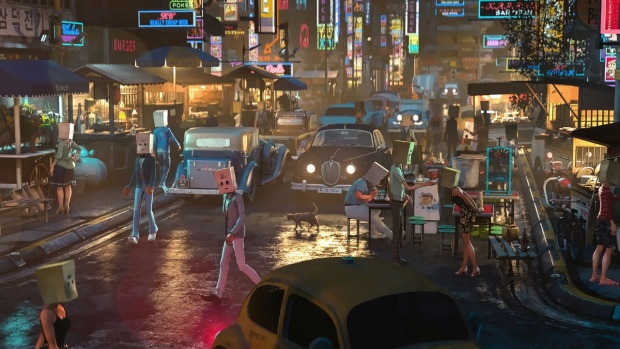 The film tells the story of a bored office worker, who may have accidentally sparked a revolution in a bizarre dystopian world named Schirkoa, where citizens live with paper bags on their heads to dissolve political, cultural, and religious differences.

“This film is a metaphorical reaction to the world I live in today,” commented Shukla. “While the short film served as a good test bed for the story and animation technique, it only scratched the surface of the larger conflict between the two dimensions of Schirkoa’s world – politics and faith.”

“Schirkoa is an alternate future reimagined and compressed into a single cross cultural and multilingual nation,” continued Shukla. “This is also the reason many actors are cast from a diverse range of artistic backgrounds, ethnicities, languages and cultures.”

The soundtrack will be composed by Sneha Khanwalkar – best known for her score of the film Gangs of Wasseypur (Part 1 & Part 2) and will include music pieces from King Khan, Saba Lou, and others.

“I met Ishan at 2019 NFDC Film Bazaar in Goa,” shared Tran. “And I was instantly mesmerized by his slyly political, poetically witty, and casually philosophical universe enhanced by powerful visuals. For me it was way beyond an animated feature film: it is pure cinema. Schirkoa resonates with contemporary anxieties while combining the ability to create humor in the most serious of situations and therefore addresses a broad audience.”

The film will be brought to life through a unique style blending 2D and 3D animation techniques, which were previously tested in the short. The animated feature will be an independent cross-media project developed and produced with Unreal Engine by Epic Games, mixing cinema, animation and video game techniques and tools.

“For me animation amalgamates absurdity and fantasy in a provocative manner while still keeping the visual poetry and human moments intact,” Shukla says. “Apart from cultures and languages, Schirkoa is also an amalgamation of medium, genres and techniques.”

Schirkoa is slated to premiere in 2023.