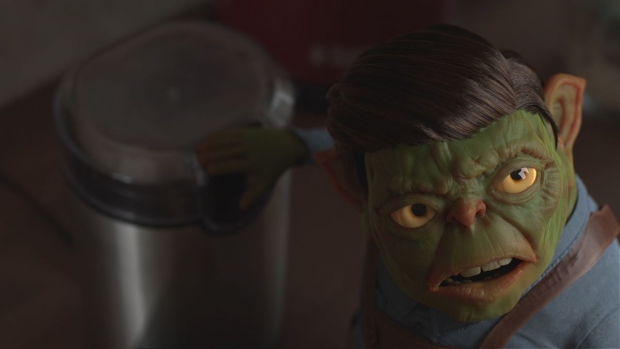 Vergara designed, animated, shot and acted in the entire series while in lockdown. In one short, How to Make the Best Coffee, the director channels Alton Brown to 11 as he shares important tips on a morning ritual most sacred. Grab your mug, coffee grinder, and take a look!

Like with many quirky, innovative new projects we’re seeing, the idea for the WTF-X series came to Vergara during lockdown. “Spending endless hours without being able to step outside my house, I realized this was the perfect opportunity to tell stories based on everyday situations,” he explains. “But that by itself wasn’t enough. I decided this had to be meaningful, this had to last. So, if I made something as educational as it was hysterical, we could get a foot into a bigger purpose and hopefully help to generate positive change on an everyday scale.”

“I see all this cool VFX looping on Instagram, and that kept me thinking that we, as artists and technologists, have massive amounts of production power that could be used for something bigger than increasing follower numbers,” he adds. “Sharing lessons that have value could be a good start. That’s how WTF-X came to life.” Driven creatively by the pandemic, Vergara says of his series, “Trolls and creatures, frustrated and vulnerable. But most especially with a voice, with something important to say. I had a BMPCC 4K collecting dust, then figured it was the perfect moment to combine it with expert Maya skills and some spicy language. What could be more educational than that?

With four shorts including How to Make the Best Coffee already published, Vergara hints there are more on the way. According to the director, “Every story aims to contribute and make you try new things that could make your day just a little bit better. One at a time. Possibilities are endless. Creatures infinite. I can only say that there’s more coming up.”

As far as the future, Vergara plans to make the series available to everyone using the main social media platforms, noting that he’s inspired, and determined, to “communicate a universal message, to share things I wish I was taught growing up, but never had access to or interest in not because of the subject, but because how arid it was presented.” The film and advertising industry production veteran’s second short film, and consecutive Vimeo Staff Pick, Isolated (2015), ultimately got him agency representation in Hollywood as well as a featured spot in Cannes Lions New Director’s Showcase. He subsequently went on to produce and direct the mini-series Isolated in Bangkok for Blackpills. He is currently producing content remotely, aiming to generate positive change by telling extraordinary stories through his boutique animation shop, Peak Pictures.