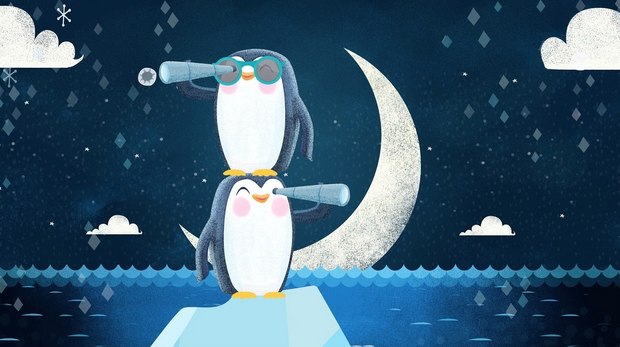 DUBLIN, IRELAND -- RTÉ announced an increased investment in animation as well as a brand new RTÉjr schedule across television, radio and online and a new RTÉjr Android app for 0-7 year olds. The announcement includes a number of new initiatives to further strengthen its support and development of the Irish animation sector at all levels.

“There is a wealth of talent in Ireland’s animation industry. Over the past 10 years RTÉ has worked with approximately 15 Irish animation companies on 34 original series. We have watched and supported Irish companies to go out into the global market with their ideas and have seen how their creative and business talents are respected internationally,” said Sheila de Courcy, Controller RTÉjr and Cross Divisional Head of Children's Content.

De Courcy added, “The new schemes announced today further underline RTÉ’s commitment to support the growth and development of the Irish animation sector, from emerging talent in our new TV shorts scheme, to a focus on international co-production, to increased investment in the commissioning of animation programming.  We love having Irish animation on RTÉjr and are proud to play a part in enabling Irish animation to reach Irish and international audiences”

In addition, RTÉjr announced that its popular RTÉjr app is now available for Android as well as iOS devices, further adding to the range of RTÉjr online services. The App which is ad-free and available for free download enables youngsters to watch the RTÉjr TV channel live as well as the best of RTÉjr TV and radio programming available on demand and to download offline.

New series Havananimal has been created from songs written by legendary broadcaster and musician Shay Healy, with recordings from Duke Special and animation by award winning director Kealan O’Rourke and Igloo Films.

Shay Healy commented, “I'm overjoyed to have Duke Special sing the songs in Havananimal. His voice is a beautiful instrument and it is perfect for the animation.  I originally wrote the songs for my grandson over 20 years ago and it’s fantastic to see how Kealan and Igloo Films have brought the songs to life through their wonderful animation. I look forward to seeing the series on screen and hope that children really enjoy it”.

Havananimal is one of 8 new series announced today across RTÉjr which include Makers, a series about Irish crafts made especially for young children Magical Sites, an engaging new series about Ireland’s most important national monuments; Out and About which follows the Doyle family’s adventures on days out and about in their local area in North Mayo; I Want a Pet for the animal mad youngsters out there; Our Seaside, an observational documentary series exploring day to day life with the Lynn family, Dig In Diner a new food series hosted by waitress Muireann (Muireann Ni Chiobhain) and featuring Digger the Gardener

“We are very proud to announce our new programs for the season, which feature a huge range of strong public service content across many genres. Our new Android app adds to the service we provide for Ireland’s youngest citizens and will further enhance the RTÉjr experience for little ones,” concluded
Sheila de Courcy.