iPi Soft will sponsor Machinima Expo 7 on November 23; the just released iPi Motion Capture V. 3.0 software will be awarded to the grand prize winners of the filmmaking contest. 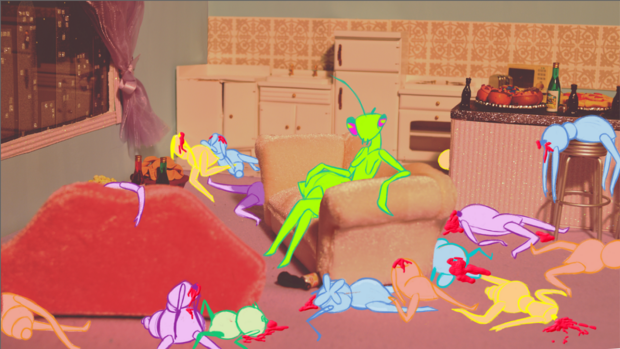 Moscow, Russia -- For the third year in a row, iPi Soft, developers of the advanced markerless motion capture software iPi Motion Capture, will serve as a key sponsor to Machinima Expo, the world’s only virtual machinima film festival. The event takes place on November 23 from 9 a.m. to 4 p.m. PST on the event website via their Ustream channel. In addition, two films that feature extensive use of iPi Soft tools will be part of the embedded pre-recorded programming premiering on the main Machinima Expo website and its Facebook page.

The Machinima Expo is an annual festival that celebrates the art of machinima, the form of 3D animation created using real time videogame engines. Over 60 animated films will be screened at the Machinima Expo this year. The program includes director profiles, panel discussions and tutorials. There will be two Grand Prize-winning films announced, as well as three Jury prizes during the awards ceremony at the end of the festival.

As an official sponsor of the event, iPi Soft is awarding two prizes. Each is a one year subscription to its just released iPi Mocap Studio Pro Version 3.0 to the Grand Jury prizewinners. In addition, Machinima Expo will also give one Microsoft Kinect to each winner to complete prize package.

“This is our third year being part of this important event celebrating creativity,” Michael Nikonov, iPi Soft’s Founder and Chief Technology Architect says. “The brilliant ways machinima filmmakers incorporate motion capture into their art continues to amaze. Our goal remains to provide content creators with the best tools for creating believable 3D character motion conveniently and affordably without the need of a studio space, special lighting or background.”

Machinima Expo is co-produced by Ricky Grove, who has been at the forefront of the machinima community as a voice actor and sound designer for over 10 years. He’s also a contributing editor for the respected renderosity.com website and recently called iPi Motion Capture 3.0 “an excellent application that will continue to get better.”