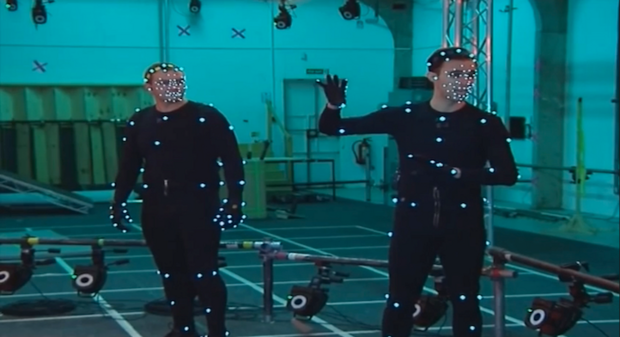 MOSCOW, RUSSIA -- Recognizing the growing need for today’s professional actors, directors and producers to learn the unique challenges behind working with motion capture technology, iPi Soft, makers of the markerless motion capture technology iPi Motion Capture, has partnered with The Mocap Vaults, an educational resource that offers both online tutorials and live workshops in Los Angeles, Canada, London, and other European cities.

As part of the partnership, iPi Soft is providing the latest versions of their mocap technology for use during the Vault’s live workshops and online educational resources aimed at both actors, directors and development/production teams where participants learn the subtle art of tailoring their performances or production shoots to a mocap setting in a very hands-on immediate way.

“As more and more videogames, feature films and other entertainment content comes to rely on motion capture to tell their stories, today's actors, directors and producers realize the importance of learning the techniques and principles for creating with this very specific technology,” says Michael Nikonov, iPi Soft’s Founder and Chief Technology Architect. “We are excited to partner with The Mocap Vaults team who have the expertise to help the range of creative professionals – from the novice to expert -- learn how to work in this relevant medium.”

Founded by Oliver Hollis-Leick, a 13-year mocap acting veteran that has worked on over 80 videogame and movie titles, with roles in such films as Iron Man 2, Stardust, Total Recall, Harry Potter and the Order of the Phoenix, Godzilla, Hercules and Fred Clause, among many others, The Mocap Vaults’ goal is to teach today’s actors and filmmakers the techniques that comport with the animation constraints of videogame and feature films production and post.

Hollis-Leick explains that mocap-created character motion is nowhere near as intricate as human movement, and to compensate for that actors have to learn to use physicality as their primary tool for expression. Having the ability to actually perform motion capture with iPi Soft software means that he and the other Mocap Vault teachers can easily show students the before-and-after process.

“We will be using iPi Motion Capture primarily to demonstrate the way that acting performances can be tailored for specific mocap settings,” Hollis-Leick says. “We also want to use different character models and rigs to show how characterization is important. If you are playing some kind of mythical creature or an animal then you need to physicalize that performance to fit the animated model that you are working with.”

Additionally, Hollis-Leick is currently in the process of finishing an instructional film about motion capture performance, created entirely using iPi Soft, which will soon be available on The Mocap Vaults website.

“For Mocap Vault users to be able to express themselves using motion capture in a matter of minutes has proven essential to the learning process,” Hollis-Leick says. “iPi Soft is a powerful tool that is revolutionizing the motion capture world.”

Hollis-Leick also notes that a professional mocap reel is soon to be standard issue for any actor or director serious about working in the medium.

“We want to create a new wave of mocap superstars that are trained, prepped and ready for the job,” Hollis-Leick adds. “Given that currently it's nearly impossible to create a mocap showreel without access to a big visual effects studio, using iPi Soft's toolset allows us to provide this easily to our participants. We're proud to be partnering with them.”