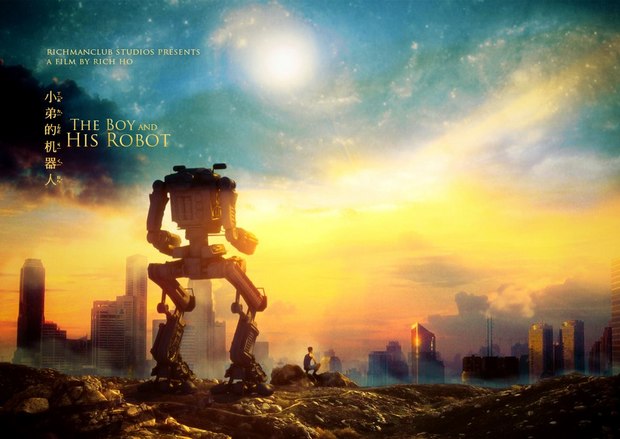 According to Rich, TBAHR stands to challenge the traditional film post production workflow as the first live action mecha film produced in the Asian market that aims to create the “look of a Hollywood blockbuster with the budget of a small dramatic film” thanks to the introduction of new GPU (Graphics Processing Unit)-based and cloud computing technologies from leading international and local technology partners including NVIDIA, and others. The iPi Motion Capture solution was selected for its multi-person tracking feature capabilities that allow artists to easily and cost-effectively synchronize natural-looking and intricate movements such as fights, dance and other multi-person action sequences. “iPi Soft is committed to developing the most reliable markerless motion capture solutions for filmmakers, animators and video game developers that will help them achieve their creative vision easily and affordably,“ Michael Nikonov, iPi Soft Founder and Chief Technology Architect, says. “We’re thrilled our iPi Motion Capture technology has been recognized by Rich and TBAHR creative team in helping them take motion capture into bold new directions and accelerate workflow proficiency on this ambitious film production.”

The Boy and His Robot, is a fast-paced science-fiction action adventure set in an alternative universe where humans on Earth and Mars are in constant battle for limited resources. War erupts when the leaders on Mars decide to exert totalitarian control over everyone. Although filled with epic robot battles, the film is rooted in an intimate story about friendship and sacrifice.

The first of three, TBAHR feature films will be published online later this year and eventually will be developed into a feature length film for international cinema distribution. The teaser trailer for the first feature film is now posted on YouTube, with more content to roll out through 2014.

For Rich, his ambitions for The Boy and His Robot meant not only introducing a new GPU-based post production workflow that he hopes will change the way the visual effects industry approaches projects in terms of costs and time savings, but also using markerless motion capture extensively.

“We knew we would face critical technical challenges throughout the filmmaking process and were looking for a cost-effective motion capture solution that was technically not prohibitive to the dreamer, but one that could meet the demands of a fast-paced production and also actually worked,” Rich says. “We saw some of the great work being done with iPi Soft’s markerless motion capture software and after doing extensive research and tests brought iPi Motion Capture into the pipeline and have not looked back.”

“In the past, smaller independent studios like ours, had to struggle with having our vision hampered by the cost and time restrictions from traditional technology in movie making,” Rich adds. “Now, with the advent of cloud computing, GPU rendering and markerless motion capture, things might change for the better. With The Boy and His Robot we hope to take the risk, and jump in to find out.”