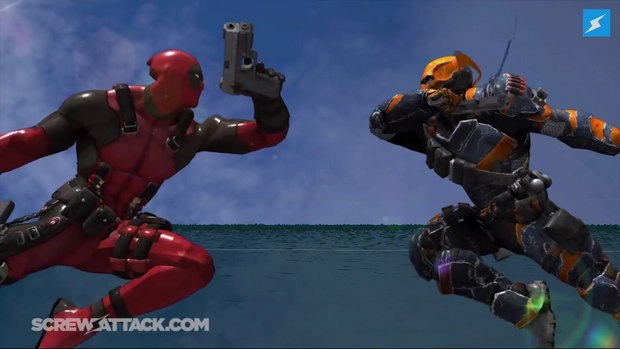 “Using motion capture is a relatively new addition to the overall production process behind our 3D fights,” Torrian Crawford, Lead 3D Animator/Action Director commented. “It’s made making animation for humanoid characters a lot easier and provides a great base for any adjustments. The multi camera setup has also proved to be a great tool for creating non-motion capture animation references.”

Each episode of Death Battle imagines a fight to the death between pop culture's deadliest characters. Told in a tongue-in-cheek, comedic way, the show features a “pre-game” section in which (much like a typical boxing broadcast), a hyper-sounding announcer outlines each fighter’s strengths and weaknesses. From there it’s time to rumble, with videogame style animation showcasing the often intricate fight sequences.

Crawford noted that the Austin, TX based production has used iPI Motion Capture in concert with 6 PlayStation Eye cameras and 3 PlayStation Move controllers on ten episodes in the new season, featuring enhanced use of 3D animation.

“I have been using the software to lay down base animations for all realistic and sometimes non-realistic movements, stunts and actions,” Crawford explained. “The content is then saved and imported into Autodesk 3Ds Max where it is cleaned up and edited to fit the needs of the scene and characters.”

Crawford noted that iPi Motion Capture software proved essential on a recent episode featuring the character Dante (video game character from Devil May Cry) vs. Bayonetta (a videogame character) in which Crawford and his team needed to capture a large amount of the fight choreography and stunts.

“The affordability of iPi Motion Capture was huge for us,” Crawford continued. “My experience with iPi Soft was so positive we decided to build out our in-house animation department and mocap studio using it. The software's simplicity, flexibility and ease of use gives me the ability to track multiple people without the need for expensive suits or marker placement.”