Christopher Nolan’s Oscar-nominated sci-fi drama ‘Interstellar’ wins over the scientific community by depicting the most accurate black hole ever seen. 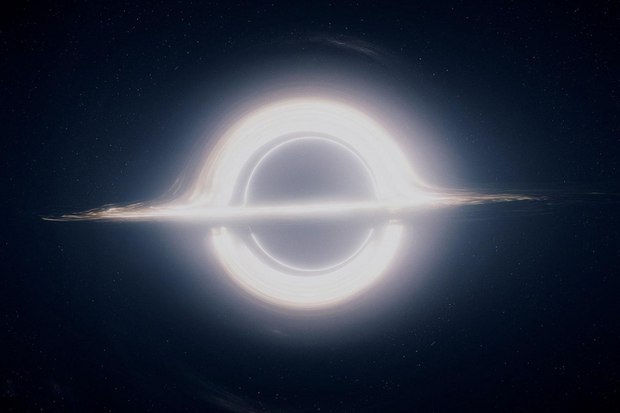 Christopher Nolan’s Oscar-nominated sci-fi drama Interstellar managed not only to garner a nod from the Academy for outstanding visual effects, but it also won over the scientific community by bringing the most accurate black hole ever seen to the big screen.

While many visual effects are created in post, one of the most impressive VFX elements of the 70mm film -- the massive, gravitationally dense black hole known as Gargantua -- went into production well before the cameras began rolling.

Paul Franklin, the film’s visual-effects supervisor and founder of VFX studio Double Negative, called upon Caltech astrophysicist Kip Thorne for a crash course in space time and wormholes, including the many misconceptions about what these things might look like. Rather than the swirling whirlpools depicted in many Hollywood films, Franklin learned that black holes are actually three-dimensional spheres in space devoid of any light and surrounded by discs of glowing gas and dust created by the black hole’s intense gravity, which distorts light, space, and even time.

Serving as both the film’s scientific consultant and executive producer, Thorne provided Franklin’s team with extensive notes about the nature of black holes and what they would theoretically look like to someone traveling close enough to see one through the window of a spacecraft. The VFX team soon realized was that no existing visual effects software was capable of providing an accurate image of a black hole. “I saw some very basic simulations that had been done by the scientific community and I thought, ‘Well, the movement of this thing is so complex, maybe there’s something we can do ourselves and implement our own version of this,’” Franklin said in an interview with FX Guide. “Kip then worked very closely with the R&D at Double Negative, particularly with Oliver James, our chief scientist, to take Kip’s equations that he’d worked out to calculate all of the light paths -- the ray-tracing paths -- around the black hole. And then Oliver worked out how to implement that in a new renderer we called DnGR, which stands for Double Negative General Relativity.”

This entirely new rendering software allowed the visual effects team for Interstellar to create the most high-resolution image of a black hole in motion ever seen, either on the big screen or by the existing academic community. According to Wired, some of the individual frames created for the simulation took up to 100 hours to render, resulting in a finished movie that approached 800TB of data.

In the end, the resulting software created by Double Negative broke as much ground in the visual-effects world as it did in the scientific world, and prompted the VFX team to publish a paper detailing their findings in the scientific journal Classical and Quantum Gravity.