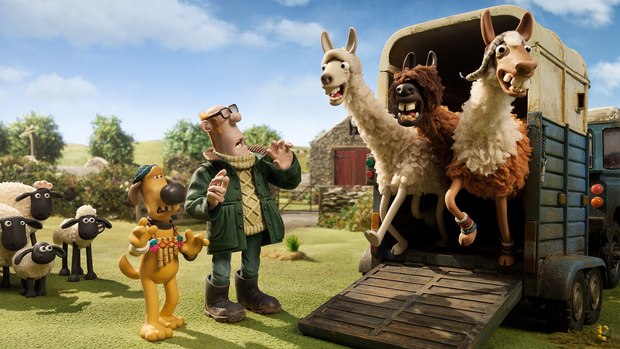 CANNES, FRANCE -- The International Academy of Television Arts & Sciences has announced the winners of the fifth International Emmy Kids Awards at a ceremony held Tuesday night at MIPTV, in Cannes, in partnership with Reed MIDEM.

“Nothing is more vital on television than the programming kids watch every day, and the Academy is proud that the Emmy is the preeminent awards platform for kids programming,” said International Academy President, Bruce L. Paisner. “We congratulate all the winners for their outstanding achievements and for setting the high-quality standard we all expect for our kids.”

More than 250 international industry executives attended the event, held at the Martinez Hotel, in Cannes, France during MIPTV.

The complete list of fifth International Emmy Kids Award winners is shown below:

Hey Duggee is based around ‘The Squirrel Club’; run by a big friendly dog called Duggee. It’s a place where kids take part in all kinds of activities, have adventures and earn activity badges along the way. Duggee teaches the kids about being responsible, working as a team, and taking acceptable risks.

Shaun tricks the farmer into buying three mischievous llamas, but when things spiral out of control, Shaun is forced to take action to oust the intruders and save the farm!

Doodles is an interactive multi-platform children’s comedy series created with its online audience. The show takes children’s drawings and ideas from all over the world and turns them into funny animated episodes. Each week, the Doodles audience interacts with the show’s creators and cast online, and together they create each episode’s all-new animated adventure. Kids and their parents snap, tag and share their doodles on the shows and the broadcaster’s website and social sites. Audiences comment on and vote for their favorite doodles helping to choose a doodle to bring to life as the lead character in its own animated adventure. That episode then premieres on ABC3, our website, doodles.com.au and all other platforms. Conceiving Doodles as digital from the outset embraces the possibilities of interactive storytelling, and gives us the opportunity to create a show that “goes where the audience is”. Doodles gives them that involvement by allowing children and their parents to participate in the making of each episode, helping them to create their very own television series.

Four children compete in baking the best tasting and best looking cake. But how will they manage when the lights suddenly gets turned off?

Casper wants to be an astronaut so he can travel out into deep space. But before he can do this, he has to practice and grow. After all, he is only eleven!

The story of Peter Pan is retold through the imagination of a chronically ill girl at modern day Great Ormond Street Hospital, the institution to which Peter Pan author, J. M. Barrie, bequeathed the rights to the book.