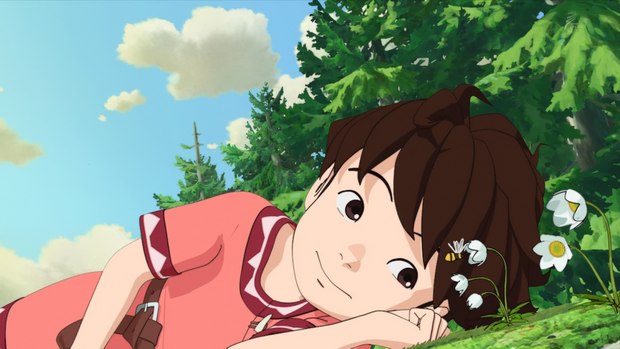 CANNES -- The International Academy of Television Arts & Sciences has announced and honored the winners of the 4th International Emmy Kids Awards, which took place for the first time Monday night in Cannes, MIPTV, in partnership with Reed MIDEM.

“Producers of children’s programming have a great responsibility towards their viewers and the broader audience and we are honored to be recognizing and showcasing the world’s best at MIPTV,” said International Academy president, Bruce L. Paisner. “We congratulate all the winners for their outstanding achievements and for setting the high-quality standard we all expect for kids.”

200 international industry executives attended the event, held at the Carlton Hotel, in Cannes, France during MIPTV.

The full list of winners at the 4th International Emmy Kids Awards is shown below:

Kids: Animation
Ronja, The Robber’s Daughter
NHK / NHK Enterprises / Dwango / Polygon Pictures
Japan
Ronja, born to a clan of forest robbers, grows up under the watchful eye of her family. One day, she is given permission to enter the forest alone. She discovers that the forest is both a beautiful and a frightening place, and learns how to live there.

Kids: Factual
My Life: I Am Leo
Nine Lives Media
United Kingdom
The motivation of this program is to widen the circle of understanding and compassion for transgender children, who often find their years at school very difficult. This film is about a transgender child.

Kids: Non-Scripted Entertainment
Best i Mest (All-Round Champion)
NRK
Norway
All-Round Champion is a reality series featuring eight 14 year-old athletes from varying sports. Through eight episodes they will learn each other’s sport of choice and compete in them. We follow the contestants as they push their limits farther than they thought possible. Who will be the All-Round Champion?

Kids: Series
Nowhere Boys Series 2
Matchbox Pictures
Australia
The Nowhere Boys have found their way home, only to discover that adventure doesn’t stop just because they’re back. As they experiment with their new and unpredictable powers over earth, wind, fire, and water, they realize that they aren’t the only ones who crossed back to this universe.

Kids: TV Movie / Mini-Series
Rabarber (Rhubarb)
NL Film & TV / KRO-NCRV
Netherlands
Winnie and Siem get to know one another after Siem’s father and Winnie’s mother fall in love. The teenagers quickly get along, so they are concerned when the quarrels between their parents start to get worse. They decide to give them a hand.