Toronto-based visual effects shop provides feature-quality effects on a television budget with the use of Blackmagic Design’s Fusion Studio. 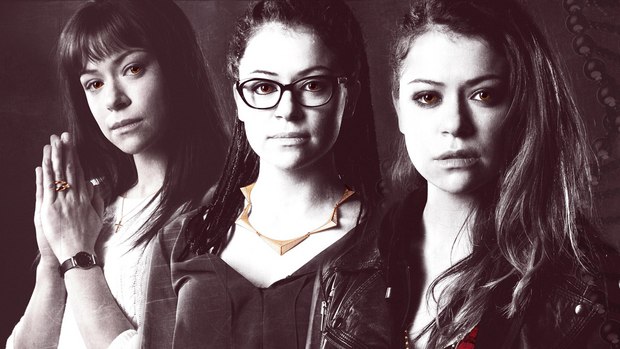 Fremont, CA -- Blackmagic Design announced that Toronto based visual effects shop Intelligent Creatures is using Fusion Studio to complete VFX for the hit show Orphan Black. VFX work for the show will now include extensive effects for the new season of the show.

Orphan Black has become one of BBC America’s biggest international hits over the past two seasons, with the new season coming in the spring of 2015. The show follows a woman who has discovered she has been cloned and is thrust into a deadly international conspiracy, which includes meeting and working with her various clones. The sci fi drama includes a huge amount of VFX work, and Intelligent Creatures was chosen to provide VFX for showing the clones and the main character’s interactions with them.

Intelligent Creatures, one of the world’s most sought after VFX shops for film and television, was tasked with going beyond the standard “twinning” effect used in films going back to the 1940s, but also to stay within a television budget that was far less than typical techniques used in movies required. They combined their extensive experience in traditional effects with their innovative approach to VFX to create the cloned lead character of the show, and new clone scenes in the upcoming season. Fusion Studio was the main VFX software used by Intelligent Creatures for all of the clone effects.

“We have used Fusion exclusively on all three seasons of Orphan Black and Fusion has become the foundation to our pipeline at Intelligent Creatures. From ingesting footage, to compositing and dailies, to client review and final delivery – every frame runs through Fusion,” said Eric Doiron, VFX Supervisor at Intelligent Creatures. “I've been particularly impressed by Fusion's color workflow. On Orphan Black we have been able to maintain a consistent viewing experience for our clients, from on set monitoring, to editorial, to visual effects and final grading.”

The show’s clone scenes are shot with several motion control rigs and a variety of different twinning camera tricks, as well as different composite shots, which keep the show dynamic but also add to the complexity of the visual effects. Moving shots create a far more believable scene and Fusion's features allow these complex scenes to be constructed throughout the entire process.

"What makes Fusion so essential for us is that its powerful tool set allows us to face the unique challenges of any shot. Fusion's roto, paint, tracking and color nodes make compositing multiple clones together a seamless process. The clone dance party and shower scene from last season are perfect examples of how Fusion brings it all together," concluded Eric Doiron.

"One constant we rely on is a creative pipeline that adapts to the many innovative approaches we offer our clients. We are looking forward to working with Blackmagic and using Fusion Studio in our workflow," added Lon Molnar, VFX Supervisor & CEO of Intelligent Creatures.