‘Inside Out’ Co-Writer Meg LeFauve Gets ‘Gigantic’ 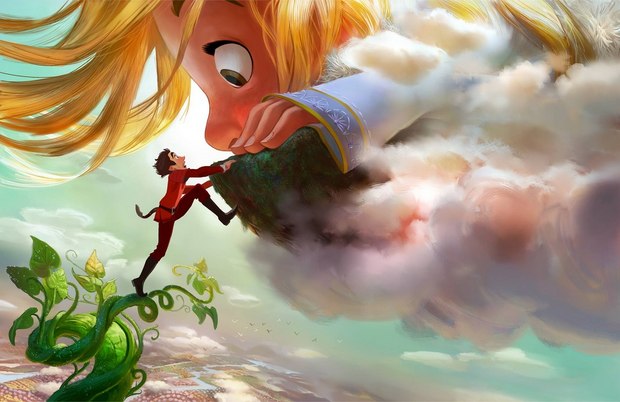 Billed as “Disney’s unique take on Jack and the Beanstalk,” Gigantic was first announced at the D23 Expo in 2015, with Greno set to direct alongside producer Dorothy McKim. Prior to attempting to scale Gigantic, McKim was the producer for Disney short Get A Horse!, the Oscar-nominated 2D/CG hybrid restoration project that broke the collective hearts of hand-drawn animation fans from all around the world in 2013.

Set in Spain during the Age of Exploration, Gigantic “follows adventure-seeker Jack as he discovers a world of giants hidden within the clouds,” according to the official synopsis. While there he apparently hatches “a grand plan with Inma, a 60-foot-tall, 11-year-old girl, and agrees to help her find her way home. But he doesn’t account for her super-sized personality -- and who knew giants were so down to earth?”

A Giant with an out-sized personality? Who knew? And why not? And if Jack meets Inma in the Giant world then why does he need to help her get home? We have so many questions here. Perhaps this project could use a woman’s touch.