Despite serious competition from shows on rival networks Nickelodeon, Super RTL and Disney, the Award-winning, 3D-animated Insectibles, a co-production between One Animation, KiKA, Discovery and ZDF-Enterprises, has topped the ratings charts for kids TV in Germany. 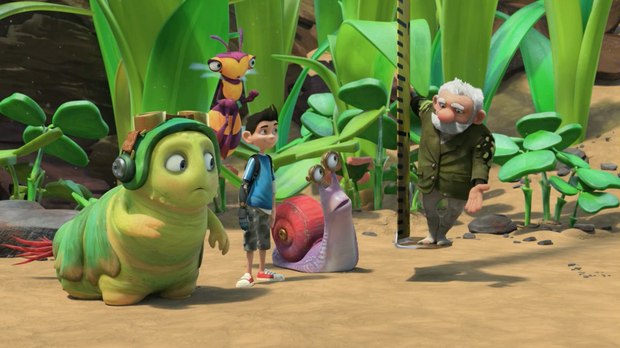 Award-winning, 3D-animated Insectibles, a co-production between One Animation, KiKA, Discovery and ZDF-Enterprises, has topped the ratings charts for kids’ TV in Germany.

The TV adventure series has seen stiff competition from shows on Nickelodeon, Super RTL and Disney, to top the charts in the latest monthly figures released in Q2 2017.

Aimed at children ages 6 to 9 years of age, the series follows the adventures of a young boy, Zak, his whacky grandfather Gramps, and three bio-mechanically enhanced insects as they search to find pieces of the ‘Shrinkinator’ -- the crazy invention that shrunk our heroes before exploding during a failed test. They must evade the clutches of a maniacal Mosquito, her daughter and a whole host of evil underlings.

Sebastian Debertin, head of fiction, acquisition & co-production, commented: “We showed our faith in Insectibles when we took the decision to put the show in our popular 7:00pm daily slot, and our faith paid off because now it’s one of the biggest shows in Germany, and the biggest kids’ show for the latest data available from April 2017.

“Undoubtedly two of the big pulls for the show are the cinema-quality 3D animation bringing the characters and storylines to life in a way we are used to in cinemas but which is not often seen on TV. Plus the ideas and adventures which the characters become embroiled in really engage the audience, boys and girls alike.”

Insectibles also screens in other countries around the world including in France on Teletoon and Canal +, and Discovery Kids in Latin America.

Sashim Parmanand, CEO of One Animation, commented: “This year has been spectacular for us, with regular reports coming in about our shows topping the ratings charts in different countries around the world. To get this news from KiKA for one of our shows which really exemplifies the excellent 3D and HD image quality that the guys in the studio are able to produce, is also very exciting. Insectibles really demonstrates the technical animation expertise we have in-house.”