The conference, taking place is Brisbane, Australia from November 17 -20, will feature a wide array of sessions with industry luminaries in animation, VFX and technology. 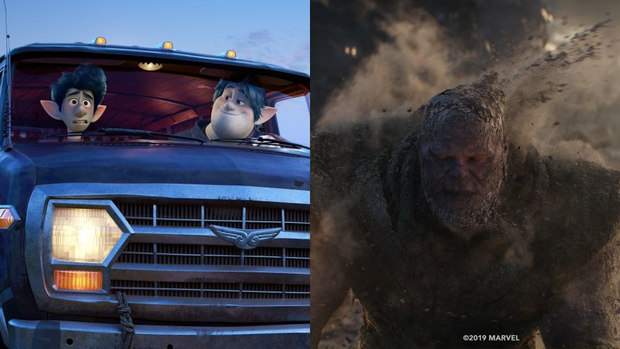 BRISBANE, AUSTRALIA -- SIGGRAPH Asia 2019, which runs November 17-20 in Brisbane, Australia, will spotlight some of the foremost innovators and pioneers in the computer graphics and animation industries today.

The sessions span conversations from the making of some of the most famous animated films today, to full dome experiences, and the technical aspects of creating, and securely protecting, mixed reality technology.

Highlights of the Featured Sessions include:

Weta Digital’s animation supervisor, Sidney Kombo-Kintombo, will break down iconic scenes in the movie, to reveal how Weta's animators leveraged new animation toolsets and extensive experience in the MCU to portray the inevitable fate of The Avengers. As an animator, Kombo-Kintombo's credits include The Jungle Book, War for the Planet of the Apes and Avengers: Infinity War as an animation supervisor. He was a senior animator on Alfonso Cuarón’s Oscar winning Gravity, and a sequence supervisor and character lead animator for most of Rocket Raccoon’s shots in the first Guardians of the Galaxy. His credits also include The BFG, Avengers: Age of Ultron and Paddington. He recently wrapped on Avengers: Endgame.

Set in a suburban fantasy world, Pixar’s Onward introduces two teenage elf brothers who embark on an extraordinary quest to discover if there is still a little magic left out there. Pixar takes you through the making of Onward. Speakers to be announced.

‘Star Wars’ Over Four Decades of Storytelling with Innovation:

Industrial Light & Magic, SVP, executive director & head, Rob Bredow, will highlight some of the most innovative visual effects in the Star Wars series, spanning forty years of work. A visual effects supervisor and co-producer on Solo: A Star Wars Story, Bredow served as a creative partner to the filmmakers throughout the production, from the earliest story meetings to the final frames of visual effects. He also co-wrote and directed Trials on Tatooine, a story-based virtual reality experiment created in collaboration with Lucasfilm’s Story Group, ILMxLAB and Skywalker Sound. He has contributed as a supervisor on films such as Independence Day, Godzilla, Stuart Little, Cast Away, Surf’s Up, and Cloudy with a Chance of Meatballs.

Weta Digital’s VFX supervisor, Guy Williams, will present how Junior was created, a completely digital character, who is a younger clone of Will Smith's character, Henry, in the film. Williams specializes in photoreal effects and creatures for live-action films. In 1999, he worked on The Lord of the Rings trilogy in New Zealand, and has subsequently supervised work on Avatar, X-Men: First Class, The Hunger Games: Catching Fire as well as The Avengers and Iron Man 3, both of which earned him Academy Award nominations for Best Visual Effects. His most recent films are Steven Spielberg’s adaptation of Roald Dahl’s classic The BFG and Guardians of the Galaxy Vol. 2; and currently, Ang Lee's Gemini Man.

In late 2018, a three-day immersive music event was held in a 160-foot-wide inflatable dome in a remote New Zealand location. To create the experience, Weta Digital and 2n Design created 360-degree interactive visuals for the dome projections. Weta visual effects supervisor, Keith Miller, and 2n co-founder, Alejandro Crawford, will present a glimpse behind the scenes of creating the ground-breaking and award-winning event.

In Conversation with Animal Logic Co-Founder and CEO, Zareh Nalbandian:

Nalbandian, together with VFX and Animation Publication ‘befores & afters’, founder, Ian Failes will explore the symbiotic relationship between creativity and technology. Describing his journey of 28 years in the art of animation and storytelling, Nalbandian will discuss the challenges and strengths of setting up a creative studio in Asia-Pacific, and how we can apply these insights today.

The Story of HoloLens:

The story of HoloLens began with the journey to merge the best parts of the digital world with the physical world. From the early days of Kinect to the launch of HoloLens 2, this pursuit has taken a path of invention, leaps of faith, and the ongoing discovery of what technology can do to transform work, play and communications. This session will explore some of the toughest technical challenges, along with the human component and how it can guide the collective development of this new medium. This is the story of a more human path.

Bridging the Gap between Education and industry in the VFX, Games and Animation Fields:

In this golden age of screen media production, with film, games and streaming TV pushing the boundaries of quality and scale, there has been a corresponding rapid growth reflected in the number of courses aimed at suppling talent for productions. There is, however, a widening gap between many educational offerings and industry needs. The disparity between taught skills and basic industry requirements is both a personal loss to graduates and a threat to continued sector growth. In order to meet the opportunities and challenges in VFX, animation and creative industries education, most especially the talent pipeline, academia and industry needs to work in unison. Speakers to further this discussion include: Mark Flanagan (Epic Games, education partner manager), Alwyn Hunt (The Rookies, co-founder), Chris Ebeling (Animal Logic, UTS), Anna Hodge (RSP Education/Flinders University) and Lara Hopkins (Industrial Light and Magic)

"You will be able to see a lot of different films, coming from many areas of the world,” shared computer animation festival program chair, Pol Jeremias-Vila. “We got a ton of submissions, and we are putting together a program that represents all the different aspects of computer graphics in terms of animation, visual effects, and advertising.”

Two highlights of the Panel and Production Talks at the Festival include:

The Making of ‘The Lion King’:

SIGGRAPH Asia 2019 will take place at the Brisbane Exhibition and Convention Centre November 17-20, 2019. More information is available at the event website.