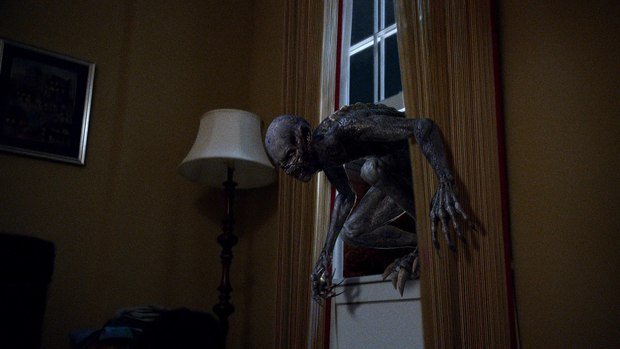 Fremont, CA -- Blackmagic Design announced that Hollywood’s Inhance Digital uses Fusion Studio to complete VFX work for a number of this year’s top shows, including Jane the Virgin, Nashville, and Grimm, one of NBC’s most popular and long running shows.

Located in the heart of Hollywood, Inhance Digital is a leading interactive marketing agency that specializes in bringing complex science and technology to life. From full CG environments to leading green screen compositions, Inhance VFX delivers a variety of services for major studios on VFX heavy productions such as Grimm, and Fusion Studio is the primary compositing tool for its VFX department.

Grimm is a drama series inspired by the classic Brothers Grimm Fairy Tales and follows homicide detective Nick Burkhardt. Nick is descended from a long line of “Grimms,” who have the ability to see and hunt down supernatural creatures. Since its start 2011, the show has garnered legions of fans around the world and each week requires a huge amount of CG and VFX work as Nick battles humans turning into different creatures. With Grimm, Inhance has been providing VFX work for the past four seasons. Inhance VFX Supervisor Eddie Robison manages and helps create the VFX shots for Grimm. Eddie began using Fusion in 1996 while working on Star Trek Voyager, and has continued to use Fusion on shows such as CSI Miami.

“Grimm is our largest client in terms of complicated CG as well as volume of work, and we do a lot of shots for Grimm where we turn the actors into creatures. To do this with Fusion, we take the 3D tracking of plates provided by production leads to 3D elements of the creatures in several layers and bring them into Fusion for compositing. Fusion handles the prelim work, such as tracking dot removals from the actors’ faces and roto of their clothing to the complicated layering and blending of CG elements to make a very convincing and photo realistic creature,” Eddie says. “We import not only the various passes rendered from 3D as imagery with alphas, but also the elements from .exr file formats that allow us to access in comp things like metadata, UV data, Z-Depth and World Position data. Having access to all of this is invaluable.”

“With Grimm, Fusion’s node set up is perfect. Node comping just makes sense to me. With the main ‘flow’ window, you can see a start and a finish to the comp with everything very evident in between, and you can arrange the nodes and their connections any way you want so it’s really easy to make it your own,” he continued. “Timeline based software just sort of restricts you and makes you do things only one way.” Also helping Inhance’s work on Grimm are Fusion Studio’s scripting features: “The scripting native to Fusion is super helpful. We have a script that we run after a comp is complete. It takes the final render, resizes it, adds a slate at the beginning that auto fills all of the fields required, preserves the metadata and adds it to the slate so that the slate carries the data as well as the image sequence. This creates a QuickTime file to the client’s specifications and moves it to a review folder to be delivered for dailies. Huge time saver that has freed up incalculable hours of artists’ time and directly translates into profits for my company,” Eddie says.

“Honestly, I’ve been doing this a long time. I’m not really about the conquest of big shots anymore as much as I am about running my team smoothly and servicing my customers. With the industry the way it is nowadays and what they are expecting on a TV timeline and budget, everything is a huge challenge. Fusion helps us with memorable shots on a daily basis. I was nominated for an Emmy award and Fusion was a big part of that. Over the years lots of other comping packages have come and gone but there has never been a reason to change. I know that I’m on the cutting edge of the state of the art when I’m using Fusion,” he concludes.