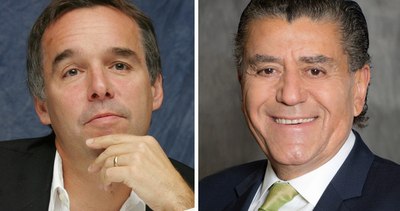 This influential team will lead the studio in developing, producing and distributing high quality, global feature film family entertainment franchises, to include one 3D animated film and one CGI-live action hybrid film per year, starting in 2017. ZAG Animation Studios will operate out of ZAG Entertainment’s brand new, state-of-the-art campus in Glendale, California.

“This is an incredible moment for our business as we partner to create a world-class animation studio that will produce extraordinary feature films,” said Haim Saban, of Saban Capital Group and Saban Brands. “ZAG Animation Studios will deliver creative and compelling family entertainment for generations to come.”

ZAG Animation Studios has a slate of 10 original family features in development, comprised of both full CGI animated films as well as CGI-live action hybrids. The studio’s first feature, Melody, will be full CGI, co-directed by Chris Columbus and Jeremy Zag. Additional films in the line-up include CGI-live action hybrid Ghostforce and fully CG animated Abominable. More details on the line-up will be announced soon and will include a full collection of themed consumer products. The Saban group will be responsible for the coordination of all distribution and marketing strategies while Saban Brands will handle worldwide licensing and merchandising for the films.

“After all of these years, it’s fantastic to start a new venture that brings together talented artists from around the world under Jeremy’s excellent leadership and Haim’s brilliant international business experience,” said Chris Columbus, renowned for his blockbuster successes including the Harry Potter franchise, the Night at the Museum franchise, the Percy Jackson franchise, The Help, Mrs. Doubtfire and Home Alone.

“We are thrilled to build an animation studio with the youthful genius that Jeremy brings and the experienced business guidance of Haim Saban,” said Michael Barnathan, acclaimed as a producer of the Harry Potter franchise, the Night at the Museum franchise, the Percy Jacksonfranchise and The Help. “Jeremy Zag is a force of nature. He’s one of those rare talents that comes along and inspires everyone he meets.”

“I am so honored and excited to collaborate with these amazing entertainment legends that influenced my childhood with their incredible works,” said Jeremy Zag. “This powerful venture, with an unprecedented dream team, will inevitably set the stage for a powerful new player with a world-view perspective in the family entertainment arena.”