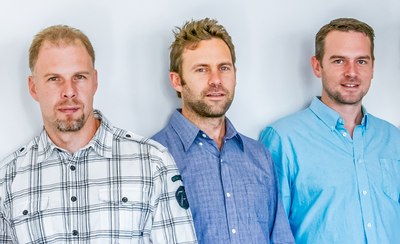 An independent artist-driven studio, JAMM is already at work on the company’s first spot, a Super Bowl commercial directed by Jake Scott.

“We opened up JAMM to be a competitive high-end VFX company that can work closely with directors and agency creatives to realize their vision, going beyond expectations,” Montgomery said. “Our focus is on quality of work and the needs of our clients.”

“We have an elite team that has pulled off some of the most complex work done in the last few years,” added Boyd. “No matter what challenges are put before us we are set to execute at the highest level.”

JAMM partners share an enviable track record working at some of the industry’s most well-established VFX companies, along with a long list of standout credits such as Boyd’s Cannes Grand Prix and VES winner Guinness “NoitulovE”; Edwards’ CLIO and CRAFT award winner Coca-Cola “It’s Mine”; and Montgomery’s NBA “Jingle Hoops,” which reached 11 million hits on YouTube, won an ADDY and CLIO, and was honored in CA’s Advertising Annual. The JAMM partners produced and supervised the 2D and 3D teams on the recent viral sensation Call of Duty “Advanced Warfare,” with over 18 million hits on YouTube.

“I've had the pleasure of working with Andy and Jake on repeated accounts,” commented MJZ director Carl Erik Rinsch, who has worked closely with Boyd and Montgomery on commercials including Kia’s Hamsters campaign, along with spots for GMC and Deutsche Telekom. “Every time there were new challenges met with enthusiasm, exploration and excellent results. I have no doubt that they will be the ‘go to’ boutique FX house here in Los Angeles. I look forward to pushing the boundaries with them in what I know will be a long and successful enterprise.”

Along with its creative muscle, JAMM houses the same top-line gear and software used by big VFX studios, including Flame and Nuke for 2D with Houdini and Maya for 3D. “JAMM will operate doing the best quality work on the highest spec equipment with our own custom propriety pipeline comparable to any of the big VFX houses,” Edwards said.