Tribeca Games and Kill Screen partner for event examining the past, present and future of games. 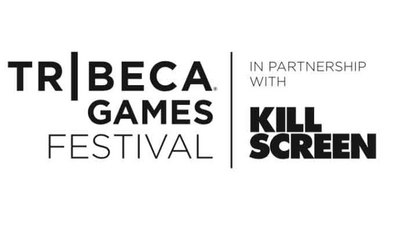 The festival will look back at some of the most fascinating games of the past year, and feature conversations with game industry insiders, including a conversation with game creator Hideo Kojima.

Kojima is celebrated as the godfather of the stealth action game genre, having created the Metal Gear franchise 30 years ago. He was awarded the Game Developers Choice Awards’ lifetime achievement award in March 2009, inducted into the Academy of Interactive Arts and Science’s hall of fame in February 2016 and received The Game Awards’ Industry Icon Award this past December.

Additional keynote conversations include Quantum Break, Alan Wake and Max Payne creator Sam Lake and BioShock director/writer Ken Levine; a celebration of the 25th anniversary of virtual reality-themed movie The Lawnmower Man with filmmaker Brett Leonard; principal filmmaker for VR at Google Jessica Brillhart and Cy Wise from Job Simulator’s Owlchemy Labs, and discussions with developers of recent and upcoming games such as Overwatch, The Banner Saga, Firewatch, The Stanley Parable, Watch Dogs 2 and What Remains of Edith Finch.

The festival will kick off with the New York premiere of Telltale Games’ first-ever crowd play of Marvel’s Guardians of the Galaxy: The Telltale series, Episode 1 and a concert headlined by British electronic producer and multi-instrumentalist Mura Masa.

“Five years ago, Tribeca was the first film festival to welcome gaming to the official program,” says Jane Rosenthal, co-founder and executive chair of the Tribeca Film Festival. “Since then, we’ve continued to support the storytellers who have propelled it to become the world’s most popular and growing medium.”

The program also includes “X Post Conversations,” a series of cross-cultural conversations, each pairing a creator from the gaming community with someone of equal stature from an outside field; “Retro Active,” a series of talks that take a look back on some of the greatest titles from 2016, exploring every element from art, design and sound to storytelling; “Sneak Peeks,” previews of new and unreleased work from some independent game studios, and an interactive arcade allowing attendees to get hands-on with new and unreleased games.

“The Tribeca Games Festival in partnership with Kill Screen will bring tech thinkers, fans, and interactive makers together with New York’s massive games and interactive community for a marquee program dedicated to the medium of play,” says Jamin Warren, founder of Kill Screen.