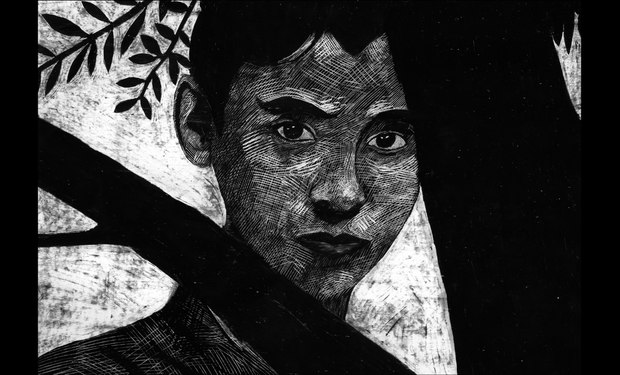 The gallery will focus on three activities: various art exhibitions at the Paris location, along with viewing and online art sales through the gallery website; curated traveling exhibitions available for rent by events and organizations; and exhibitions presented at various events to showcase the work of the gallery’s roster of artists.

The Miyu Gallery exhibitions highlight not just art from finished films but the artists’ personal production work from the films, including numerous material from behind the scenes: paintings, drawings, collages, paper cut, sketches, animation sheets, settings... all important and mostly unknown components of the animation process, normally not promoted or accessible to the public.

Four exhibitions will be organized each year, with a permanent selection of works made available for purchase on the gallery website.

In a move to promote animation films to general audiences, Miyu Gallery will curate traveling exhibitions for display at schools, libraries and cultural venues, which will be available for rent.

The Miyu Gallery will also exhibit the work of featured artists at festivals and other events, to promote and further expand awareness for the graphic work of animated film creators. The first artists represented by the gallery represent both well-known veteran as well as young, up-and-coming talent from France and around the world, including:

The inaugural gallery exhibition, which runs through January 30, 2019, spotlights Massi’s animated sequences from Samouni Road, winner of the Golden Eye Award in Cannes, a co-production of Picofilms, Dugong films, and Alter Ego productions, distributed by Jour2Fête, released in theaters this past November 7.

The animated sequences, inspired by Samouni stories and testimonies, recreates the memories of the protagonists, a neighborhood that really existed, and the charismatic members of the families who lived there. The sequences were first animated in 3D, then redrawn by Massi and traditional 2D animators, using a scratch card process he has used for many years: starting from an entirely black surface, the animators scratch lines that allow the light to shine through.

Born in 1970, Massi studied animation in Urbino, Italy. He has worked on 20 short films that have won numerous awards, presenting everyday life scenes with his signature black and white illustrations.

You can find more information, as well as Massi’s and other artists work by visiting the Miyu Gallery website.