Premier Asian pitching competition for creators and producers of innovative concepts for new and original animation targeting kids to be held in Singapore November 28 through December 1, 2017. 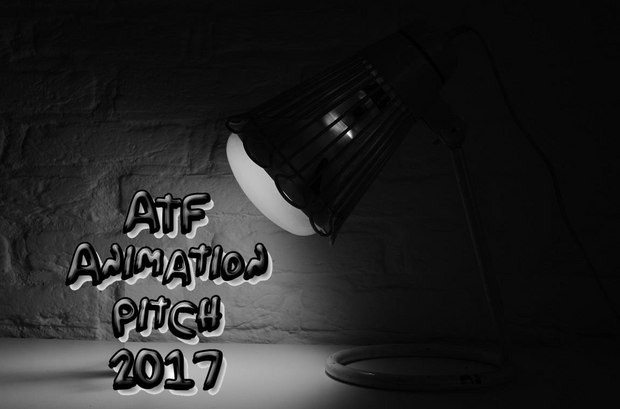 SINGAPORE -- Reed Exhibitions, producer of the Asia TV Forum & Market, has announced the new ATF Animation Pitch, which has opened its call for entries. The competition is a premier Asian pitching competition for creators and producers of innovative concepts for new and original animation targeting kids, and is aimed at facilitating the exchange of ideas and talent between leading international television, distribution and Asian-based producers.

The 18th edition of ATF, Asia’s leading entertainment content market and conference event, will take place in Singapore November 28 through December 1, 2017. In conjunction with the annual trade event, ATF Animation Pitch will hold its live pitching event on 30 November 2017. This platform will showcase the best of Asian originality and expose ideas for export and development within and even outside the region.

The winner will receive a US$19,000 prize from Green Gold Animation, comprising a US$2,500 cash award, and a consultancy package worth US$16,500 that is tailor-made for the winner to develop their animation, making it ready to pitch to broadcasters.

Shortlisted participants will then progress to the live pitching event, where they have the opportunity to pitch their ideas in front of some of the industry’s most experienced veterans, including senior executives from Green Gold Animation. Leading commissioning editors will also be on stage, offering advice and commentary on the ideas pitched.

“Being surrounded by passionate and ambitious people, who share a similar love for animation, is a great way to feel inspired and expand intellectual horizons. It’s also important to give back to the entrepreneurial ecosystem in the animation industry, foster creativity and innovation. After all, animation is the craft of the soul,” said Rajiv Chilaka, Founder & CEO, Green Gold Animation, about the company’s rationale for supporting ATF Animation Pitch.

“We are extremely proud to launch the inaugural ATF Animation Pitch with one of Asia’s biggest players in the industry -- this is a true reflection of the potential of a rising Asia. Just as our existing pitch competitions -- ATF Formats Pitch and Southeast Asian Film Financing Project Market -- have nurtured Asia’s talent pool and created a culture of excellence in content, we are confident that ATF Animation Pitch will be another significant element within ATF that will allow us to be the enabler of so much merit across this vast and diverse continent,” said Yeow Hui Leng, Senior Project Director of ATF, Reed Exhibitions.

Green Gold Animation is a pioneering animation company and leading creator of kids’ content. Being one of the first few entrants in the Indian animation scene, it redefined the industry in India with the creation of Chhota Bheem -- an animated comedy adventure television series that has made a mark of excellence in the hearts of kids, young adults and connoisseurs of quality content across the nation.

The company’s content draws millions of viewers across major kids TV channels like Cartoon Network, Pogo, Discovery Kids and Disney. Over the years, the popularity of its proprietary characters has transcended animated television, and it has helped the company establish itself as a leading player in worldwide licensing & merchandising, movie production & distribution, digital business, branded stores, events, and more.

“Green Gold is on the threshold of a golden era in animation. This year and the next, the company will be launching pioneering world-class animation shows induced with infinite creativity. Our exhilarated plans indicate the growth of our creative endeavours, and most importantly, the confidence of reaching out to newer markets,” added Chilaka.

This is why ATF is an important and strategic event for Green Gold Animation to be at.

“By bringing together more than 5,000 influential executives from the Media & Entertainment industry every year, undoubtedly ATF is one of the most reputed industry events in Asia Pacific. Also, as the Media & Entertainment industry in Southeast Asia is projected to grow at a substantial rate over the next 5 years, ATF will have an increasingly critical role to play, in the escalation of this sector in the region,” concluded Chilaka.

ATF is co-located with ScreenSingapore, and is part of the Singapore Media Festival.