Harnessing enhanced virtual production workflows based on real-time rendering, the studio blends live-action and VFX in an epic battle set on the surface of a Google Pixel phone in a live actor’s living room. 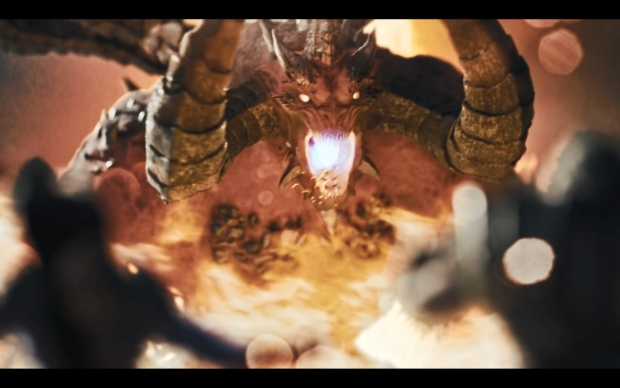 NVIDIA has just released a brief on Impossible Objects’ stunning cinematic battle between characters from Blizzard’s upcoming video game, Diablo Immortal.  In their latest project, creators at the Los Angeles-based studio were tasked with depicting the epic throwdown on the surface of a Google Pixel phone, set in the living room of a live actor.

Bringing together these advanced technologies helped the studio’s artists make instant creative decisions, as they could view high-quality virtual imagery rendered in real-time.

“We can build larger, photorealistic worlds and not worry about relying on outdated creative workflows,” said Joe Sill, founder of Impossible Objects. “With Unreal Engine and NVIDIA RTX-powered Dell Precision workstations, we brought these Diablo Immortal characters to life.”

Get ready to rumble!

Previously, on such a project, the Impossible Objects team would look at concept art and storyboards to get an idea of what the visuals were supposed to look like. But with virtual production, creators can work in a nonlinear way, quickly iterating with real-time rendered images to visualize, and art direct, high-resolution designs, faster than ever.

For the Diablo Immortals project, Impossible Objects used Unreal Engine for previs – making creative decisions on the fly as they interacted with high-fidelity images in real-time – that was produced simultaneously with the virtual art department and layout phases. The team used NVIDIA A6000-powered Dell Precision 7920 workstations — an advanced combination that allowed the artists to enhance the virtual production and creative workflows. The A6000 GPU delivers 48 gigabytes of VRAM, a crucial spec when offline rendering in Unreal Engine. With more GPU memory, the team had room for more geometry and higher resolution textures.

“Rendering would not have been possible without the A6000 — we maxed out on its 48 gigs of memory, using all that room for textures, environments and geometry,” said Luc Delamare, head of Technology at Impossible Objects. “We could throw anything at the GPU, and we’d still have plenty of performance for real-time workflows.”

Taking advantage of these new and improved real-time production tools and computing platforms allowed Impossible Objects to produce the work in three months, half the six months such a project would normally require to complete. The video game characters in the commercial were prebuilt and provided by Blizzard. Impossible Objects used Autodesk Maya to up-res the characters and scale them to perform better in a cinematic setting.

The team often toggled between compositing software, Autodesk Maya and Unreal Engine as they ported animation back and forth between the applications. And as the project started to get bigger, Impossible Objects turned to another solution: NVIDIA Deep Learning Super Sampling, an AI rendering technology that uses a neural network to boost frame rates and produce sharp images.

“NVIDIA DLSS was incredibly important, as we were able to use it in the real-time workflow, even with characters that had high polygon counts,” said Delamare. “This solution became really helpful, especially as the project started to get denser and denser.”