‘Lola & Virginia’ now available on Hulu services in the U.S. and Canada. 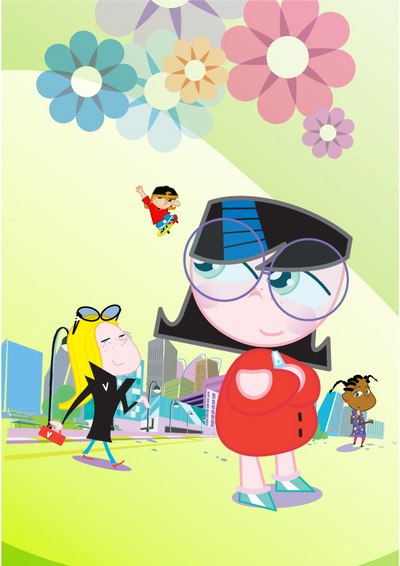 “Our original programming has global appeal, reinforced by deals with premium entertainment platforms like Hulu,” says Sergi Reitg, CEO of Imira Entertainment. “Lola & Virginia is fun, genuine and engaging, and we are excited to see it continuing to reach new fans.”

This witty animated sitcom tells the story of Lola, aged 12. Life isn’t always easy for Lola, taking care of her snotty siblings and putting up with her crazy group of friends. She considers herself the local princess, until Virginia barges into her life… Virginia is a stuck-up kid who has it all: beauty, all the boyfriends she could ever want, good grades and stinking rich parents who never refuse her anything… Their relationship soon involves alliances, strategies and betrayal. In the end, Lola is the good girl… but she’s not a saint either!

In recent digital deals, Lola & Virginia has become available in the U.S. on Amazon Prime and Amazon Instant, and in Spain on Telefonica’s Movistar España VOD platforms & Samsung Smart TVs. The series to date has sold in over 100 territories and been translated into 27 languages, to broadcasters including RAI, RTVE, France 3, RTP as well as Nickelodeon in Latin America, Asia and France, Benelux, Korea and the Disney Channels in Spain and Italy.

Lola & Virginia is a co-production between Imira Entertainment, Millimages, France 3, Televisió de Catalunya and ETB and is based on the original concept created by Myriam Ballesteros, founding partner of Imira Entertainment with Sergi Reitg.