IMDb Acquires AVOD Rights for ‘100% Wolf – Legend of the Moonstone’

Set for an exclusive launch August 12, the CG animated series follows a young heir to a werewolf pack – but something goes terribly wrong during his ‘warfing;’ based on the books by Jayne Lyons, the series has been sold in 80 territories. 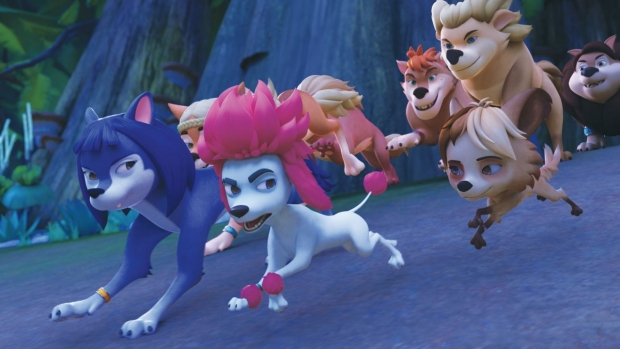 Amazon’s IMDb TV service has acquired the AVOD rights to the CG animated series 100% Wolf – Legend of the Moonstone for the United States. Set to launch August 12 exclusively on the platform, the series (26 x 22 minutes) is produced by Flying Bark Productions in association with ABC Australia, SUPER RTL Germany as commissioning broadcasters, and Studio 56. The deal was negotiated on behalf of Studio 100 Media by independent film production studio and all-rights distributor Viva Pictures, who also distributes the CGI-movie 100% Wolf in the US.

“We know that IMDb TV viewers love entertaining content and we delivered it – with the hilarious adventures of a poodle who has the heart of a werewolf,” commented Studio 100 Media’s CEO Martin Krieger. “This collaboration came about because of our amazing partner Viva Pictures, who had already set the course for the successful movie release of 100% Wolf in the US and were immensely committed to doing the same for this terrific series.”

“From Maya the Bee to 100% Wolf, Studio 100’s pedigree and quality is unquestionable,” added Viva’s president Victor Elizalde. “We are excited to bring U.S. audiences the 100% Wolf series exclusively on IMDb TV.”

Based on the books “100% Wolf” and “100% Hero” by Australian author Jayne Lyons, the series 100% Wolf – Legend of the Moonstone has been sold to 80 territories and is being aired by various broadcasters and platforms including ABC Australia; SUPER RTL (Germany); Discovery Kids (LATAM); and Amazon Prime (UK) around the world. The feature film 100% Wolf has been sold in 70 territories and has already been released in many countries worldwide.

The feature and TV series’ main character is a young heir to a werewolf pack, Freddy Lupin, aged 13, who is positive he’ll become the most fearsome werewolf ever. However, his transformation is rocked by an unexpected curveball and we’re not talking about COVID, but a “warfing” that goes awry! Spoiler alert - Freddy turns into a poodle, one with a pink mane to be exact. A story world unfolds where Freddy and his new-found friends are forced into being heroes, solving mysteries like the legend of the moonstone and empowering each other’s differences.