Imagineer Systems announces that mocha Pro 4.1 and mocha Plus 4.1 are now available. 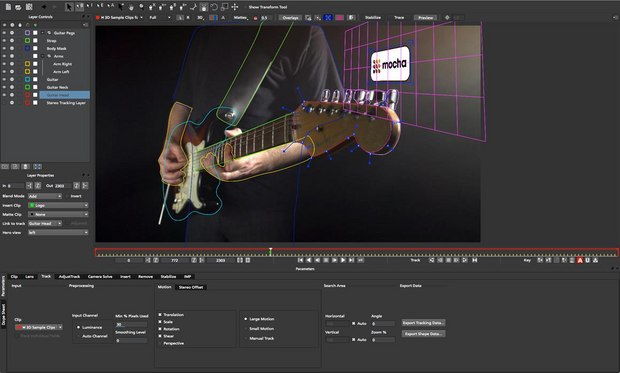 “We are committed to continually improving the mocha experience for our users. We worked closely with customers like Park Road Post, Legend 3D and others to support these new and highly requested features,” states Ross Shain, CMO, Imagineer Systems. “The early feedback on 4.1 has been really positive, especially for ‘planar tracked open splines,’ which has been on the customer wish list for a long time. NUKE users will also really appreciate the new 'Send to NUKE' freebie script and enhanced Python support.”

mocha plays a leading role in major Hollywood visual effects and post-production and has recently been used on popular films Gone Girl and Birdman, upcoming films Hunger Games: Mockingjay Part 1 and The Hobbit: Battle of the Five Armies, and TV shows such as The Leftovers and House of Cards.

About mocha Pro 4.1 and mocha Plus 4.1 New Features