‘From Imagination to Animation-Animation in Croatia’ Exhibition Opens 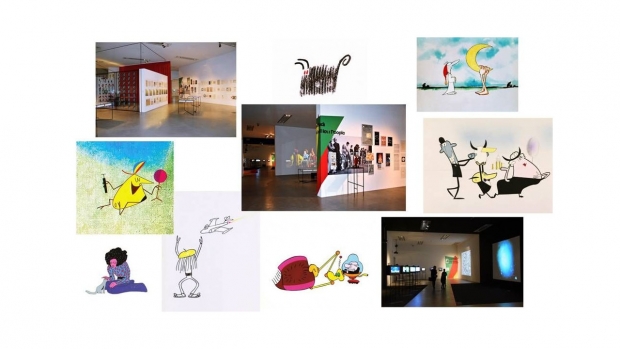 The multimedia exhibition, “From Imagination to Animation - Animation in Croatia: from the phenomenon of Zagreb School of Animated Film till today,” is now on display at the Museum of Contemporary Art Zagreb. Running until June 14, the exhibit showcases and presents the unique film and visual arts phenomenon, of animation, acknowledged not only in Croatia, but worldwide.

In the last six decades the Zagreb School, which was founded in 1953, has produced more than two thousand animated, documentary, educational and feature films, as well as commercials. It has been the recipient of more then 500 awards, including the Oscar for best animated film, awarded in 1962 to Surogat (Ersatz) by Dušan Vukotić, as well as three Oscar nominations; in 1964, for the film Igra (The Game) by Dušan Vukotić, then in 1973 for Tup-tup (Tup Tup) by Nedeljko Dragić and in 1980 for the film Lutka snova (Dream Doll), directed by Bob Godfrey and Zlatko Grgić. It has also received numerous awards from local, European and world film festivals and animated film festivals.

The exhibition features outstanding achievements by authors of the Zagreb School, promoting Croatian artistic heritage to the highest level. Showcased items include archival materials of Zagreb Film, the Croatian State Archives as well as private collections. Drawings, sketches, cels and other authentic items are displayed in historical context and by connecting them to other works from collections at the Museum of Contemporary Art, as well as other Croatian museums. More than 200 animated films have been chosen, along with documentary and film production, to be shown in the museum's Gorgona Hall during the exhibit.

The Studio for Animated Film was founded in 1956 as a part of Zagreb Film marking the beginning of an intensive period of artistic animation development. With its first appearance at the 1958 Cannes Film Festival, the studio was dubbed the Zagreb School of Animated Film. With its original approach to the animation process, topics and visual quality it allowed visitors the opportunity to experience the atmosphere of an animated film studio with interactive content and accompanying programs.