New hire brings extensive design and VFX experience to the role, having spent 14+ years working as both creative and design directors. 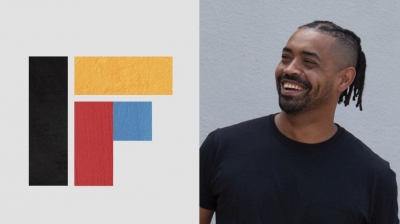 Imaginary Forces (IF) has named Anthony Gibbs creative director. With extensive design and VFX experience, Gibbs has created traditional, interactive, and experiential projects for such brands as Apple, AT&T, Epic Games, and Google.

“Anthony is smart, talented, and kind,” commented IF co-founder/executive creative director Peter Frankfurt. “As a director, designer, and leader, he has already made an impact here with the team and our clients. He is a spectacular new addition to the Forces.”

“Being at Imaginary Forces feels like I’ve fulfilled my lifelong dream of becoming a creative superhero,” shared Gibbs. “It’s inspiring to be at a place where I not only get to bring all of my skills and experiences as a creative to bear, but also collaborate with creatives who have created some of the most instantly recognized and revered creative of our generation.”

“My background in fine art and emerging technology feeds my passion to experiment and create with visual impact,” added Gibbs. “As a director, this desire to do work that matters, and sparks conversations is what led me to IF. I’m always pushing myself to expand and do better as an individual and as a creative. IF is the perfect place to merge my personal and professional philosophies.”

Gibbs is currently serving as an AICP Post judge in the Graphic Design & Animation category.