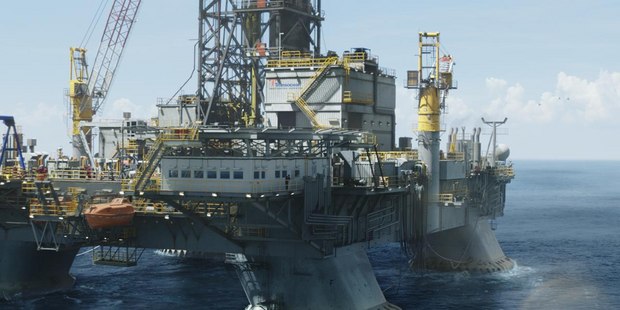 On April 20th, 2010, one of the world’s largest man-made disasters occurred on the Deepwater Horizon in the Gulf of Mexico. Deepwater Horizon, from Summit Entertainment and Participant Media, honors the brave men and women whose heroism would save many on board, and change everyone’s lives forever. Deluxe Entertainment-owned VFX house Iloura was tapped to heighten realism in many of the film’s high action sequences, adding digital mud, fire and smoke. To ensure continuity across shots and deliver industry leading visual effects, the Iloura team, led by VFX supervisor Jason Billington, collaborated closely with lead vendor Industrial Light & Magic and VFX supervisor Craig Hammack.

Iloura’s most significant contribution to the film was the creation of the massive engine explosion that ignites the rig fire. When workers hit a methane pocket while drilling for oil, the gas travels up the pipes and fills the engine room, seeping into the engine that ultimately explodes. To achieve the optimal dramatic impact, Iloura designed and created a full CG engine interior; artists digitally built, then animated the engine as well as a CG version of the engine room that is engulfed by fire. Artists also added CG flames, embers, mud, explosions and fireballs to various plates, expertly blending shots containing practical and digital elements.

“Creating realistic CG that matches in-camera mud was an exciting challenge; we had to be able to make adjustments as shots evolved, and realistically create other environmental effects,” Billington said. “The sheer volume of work kept us on our toes, but we’re well equipped to handle any challenge. ILM was an excellent partner, happy to share reference footage and assets that we successfully integrated with our pipeline, and the final result speaks to our successful working relationship.”