The new position comes as Star Wars prepares for world domination with Episode VII: The Force Awakens, and amid rumblings of a possible Indiana Jones reboot.

“As we accelerate production of content for television, film, theme parks and interactive games, Lynwen will focus on our strategic vision and lead day-to-day operations,” Kennedy said of the appointment. 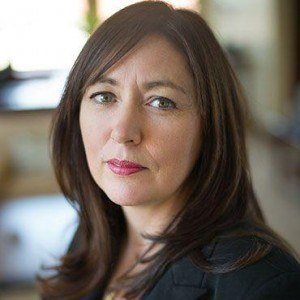 “I’m going to be concentrating on the operations of Lucasfilm and to make sure we have a company where everybody can bring their best game, and also collaborating and communicating with our partners at Disney and our partners throughout the Lucasfilm organization to make sure that we are nurturing the [Star Wars] franchise in the right way and that we have a long-term strategic vision for the company,” Brennan reportedly said to Variety.

“We’re more than a film company, and we’re more than a franchise company,” she added. “The thing that is at the forefront of all of our minds, both here at Lucasfilm and at Disney, is the responsibility to continue George’s legacy with the Star Wars films. Star Wars means so much to people around the world. That responsibility weighs on me quite heavily, to make sure we make the right choices for the franchise and the fans.”

Brennan has been at ILM for 16 years and has headed business operations there since 2009. Her career with Lucasfilm started with her role as technical area leader for the Computer Graphics Technical Directors. She was promoted a year later to the manager of Production Technical Directors, where she supervised technical directors, sequence supervisors and assistant technical directors. In 2002, Brennan was promoted to director of Digital Artists, a role she held until her promotion to executive in charge of production in 2006.

Prior to Lucasfilm, Brennan had 10 years of experience in visual effects software development. She began her career as an original member of Parallax Software where she held a variety of roles from support to sales. In 2005, Parallax was sold to Avid Technology and she was a key member of the transition team. Brennan spent two years with Avid as a marketing manager before joining Alias Wavefront as a product manager focusing on strategic business development and product management.