ILM Goes Behind the Magic with VFX Breakdowns

Leading up to the Academy’s VFX bakeoff Thursday night, ILM releases several new videos giving a behind-the-scenes look at some of the year’s biggest tentpole features. 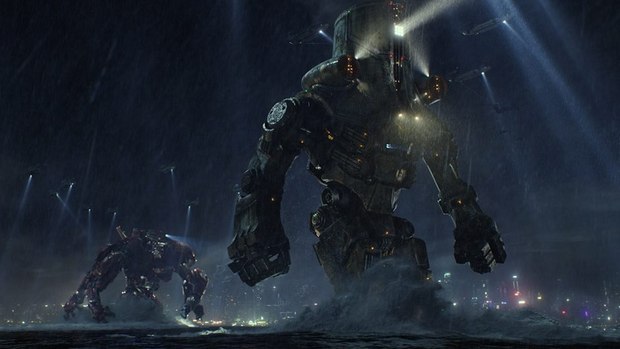 Leading up to the Academy’s VFX bakeoff Thursday night, ILM has released several new videos that give a behind-the-scenes look at some of the year’s biggest tentpole features: Pacific Rim, Star Trek Into Darkness, The Lone Ranger, and more.

Behind the Magic: The Visual Effects of Pacific Rim

For over two years the team at Industrial Light & Magic in San Francisco, Singapore and Vancouver worked tirelessly to bring Guillermo del Toro's science fiction epic Pacific Rim to life. This reel represents a taste of the visual effects work the team was tasked with in creating everything from monstrous Kaiju to the man-made Jaegers and the environments they are seen in.

Behind the Magic: The Visual Effects of Star Trek Into Darkness

The opening sequence sequence of Star Trek into Darkness is a great example of the varied visual effects challenges faced by ILM: large digital environments (with plenty of organic elements), creatures and digital doubles, animation, ships and a tremendous amount of simulation work (lava, smoke, water, etc.) Here they explore what it took to create the Red Planet, Nibiru, for Into Darkness.

Behind the Magic: The Visual Effects of The Lone Ranger

This video showcases some of ILM's effects work for Gore Verbinski's The Lone Ranger, representing the work over 170 ILM artists, scientists, and engineers backed up by a world-class production team.

Head over to the ILM YouTube channel for more.