ILM Goes Behind the Magic of ‘Captain America: The Winter Soldier’ 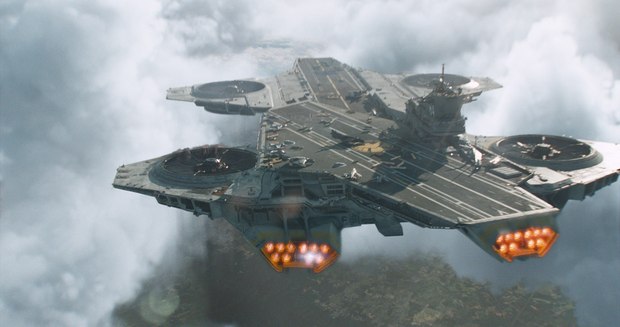 Ahead of this Saturday’s VFX bakeoff and leading up the nominations for Best Visual Effects in the Oscar race, the wizards at Industrial Light & Magic have unveiled a new video delving into the effects created for Marvel’s blockbuster tentpole feature, Captain America: The Winter Soldier.

Dubbed “Behind the Magic: The Visual Effects of Captain America: The Winter Soldier,” the reel represents a small sampling of the nearly 900 visual effects shots ILM contributed to the film created by an international crew of more than 300 artists and staffers.

The bulk of ILM's work appears in the film's third act and consists of the helicarrier's massive underwater hanger, the ensuing battle, and the helicarriers themselves inside and out; sprawling digital Washington D.C. and Rosslyn environments, including the Triskelion building complex on Roosevelt Island; and highly detailed digital doubles for Black Widow and Falcon:

Directed by brothers Anthony and Joe Russo, Captain America: The Winter Soldier was the third-top earner at the 2014 box office, taking in $259.8 million domestically and $454.3 million overseas for a worldwide gross of $714.1 million.