Fifth Illumination Entertainment-Universal collaboration dominates the weekend box office, racking up a massive $103.2 million with the first new franchise of the summer. 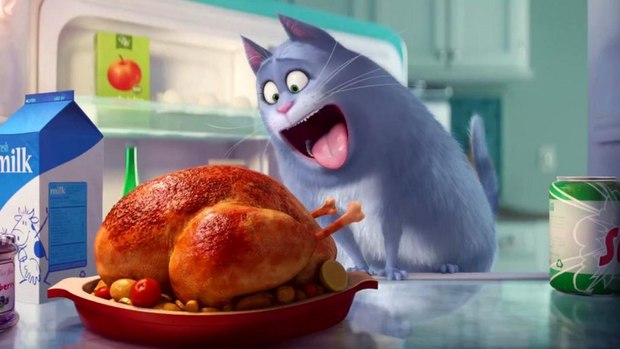 Launch of the first new franchise of the summer, Illumination Entertainment’s The Secret Life of Pets dominated the box office this past weekend, racking up a massive $103.2 million in domestic ticket sales across 4,370 locations.

The CG-animated feature directed by Chris Renaud is another success for Illumination founder and CEO Chris Meledandri, who has previously overseen the Despicable Me and Minions franchises. Co-directed by Yarrow Cheney and produced by Meledandri alongside longtime collaborator Janet Healy, the project marks the fifth fully-animated Illumination-Universal collaboration since Meledandri launched the company in 2008.

Costing a slim $75 million to produce, The Secret Life of Pets scored the best debut ever for an original animated property, not accounting for inflation. It's also the sixth top opening ever for any animated film, and Illumination's second-best launch following last summer's Minions ($115.7 million). The Secret Lives of Pets, which follows pets who turn homes upside down when their owners leave for the day, features a stellar voice cast, including Louis C.K., Eric Stonestreet, Kevin Hart, Ellie Kemper, Lake Bell, Jenny Slate, Bobby Moynihan, Hannibal Buress and Albert Brooks.

Overseas, The Secret Life of Pets brought in $7.8 million from its first nine markets for an early foreign total of $42.6 million and global tally of $145.8 million. The CG-animated movie continued its rule in the U.K., where it has remained at number one for the third straight weekend in a row with $4.8 million.

The Secret Life of Pets easily ousted Disney and Pixar Animation Studio’s Finding Dory from its three-week run in first place on the box office charts, with the sequel to Finding Nemo sliding to second place with a $20.4 million haul for a domestic total of $422.6 million. Finding Dory has now surpassed Captain America: Civil War as the highest-grossing domestic film of the year and also now ranks as the highest-grossing animated film in North America, unseating Toy Story 3; the Andrew Stanton-directed sequel is on track to surpass The Lion King ($422.8 million) to become the top-grossing Disney animated release of all time.

Overseas, Finding Dory swam its way to another $29.7 million this past weekend for a foreign tally of $220.2 million and global haul of $642.8 million, including $38.1 million from China.

In third place, Warner Bros.’ The Legend of Tarzan brought in $20.6 million over its sophomore weekend, bringing the$180 million film’s domestic total to $81.4 million. Overseas Tarzan has also been sluggish, grossing another $27 million this weekend from 47 markets for a foreign total of $54 million and global tally of $135.4 million.

Steven Spielberg and Disney's family film The BFG fell in its second outing to number seven domestically with $7.6 million from 3,392 theaters for a North American total of $38.7 million and a global tally of $50.6 million.