Spinoff to the ‘Despicable Me’ franchise arrives in theaters July 10, 2015. 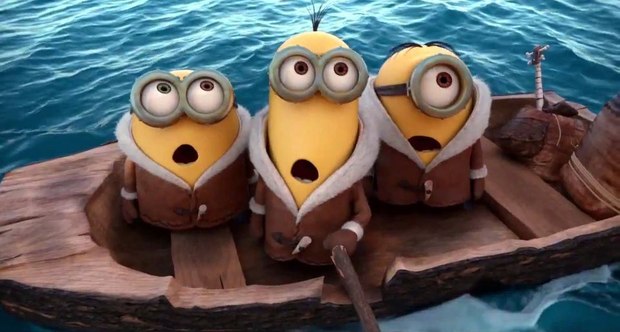 Universal and Illumination Entertainment have unveiled the first trailer for next summer’s Minions feature, the adorable spinoff from the studios’ Despicable Me franchise.

Backed by David Bowie and Queen’s “Under Pressure,” the new trailer introduces our hero Minions, Stuart, Kevin and Bob, and provides viewers with a history of the Minions and their eternal search for the most despicable master. Check it out in the player below:

Despicable Me 2 grossed $368 million worldwide following its July 3, 2013 release. The first film, released in 2010, made $251.5 million. The Minions spinoff was first announced in August 2012 with an original target release date of December 2014, but that date was later pushed to 2015.

Directed by Pierre Coffin and Kyle Balda, and featuring the voices of Sandra Bullock and Jon Hamm, Minions arrives in theaters July 10, 2015.